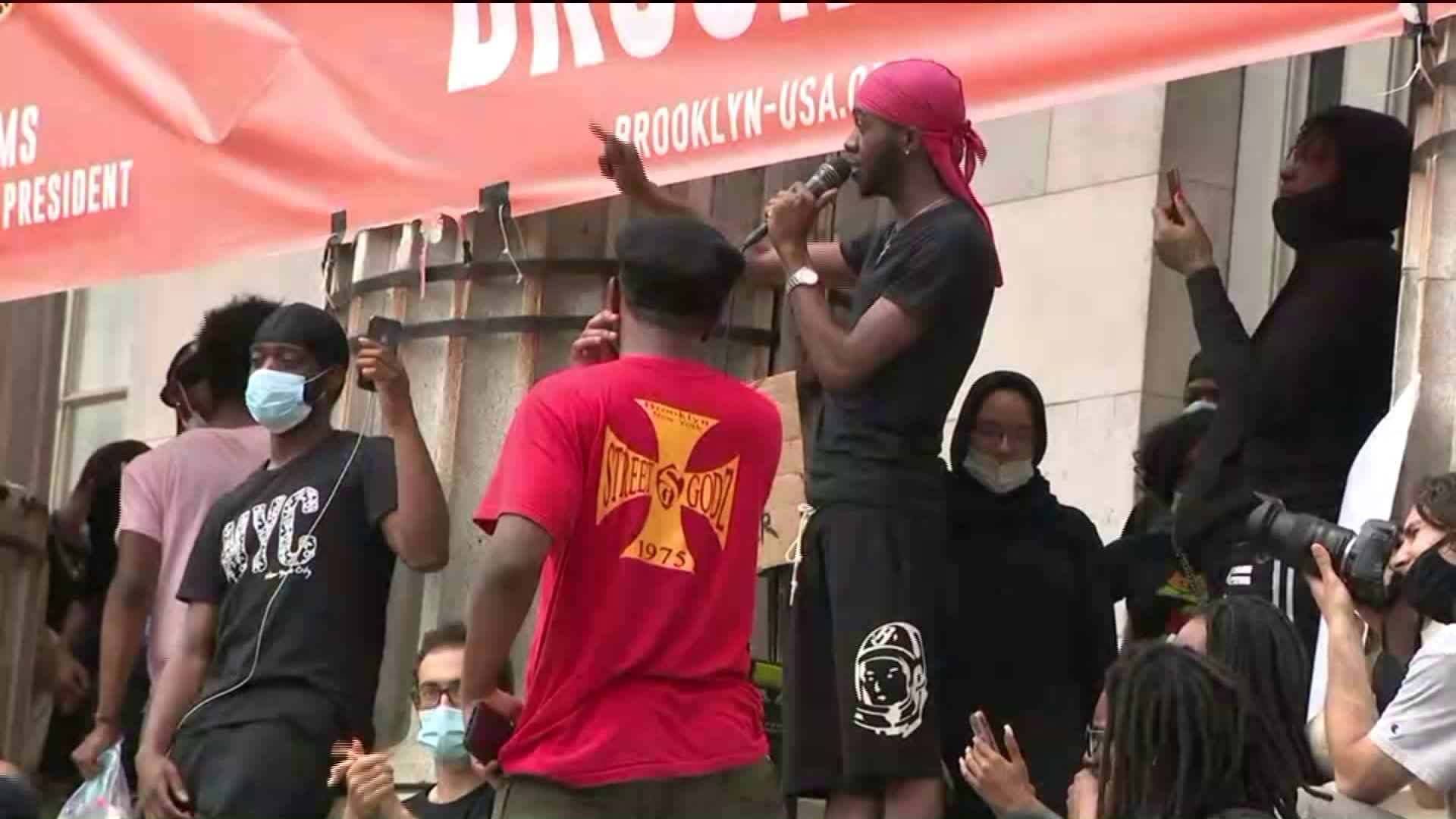 As hundreds and hundreds gathered below, they stood above, on the steps of Brooklyn Borough Hall and one by one, shared their stories.

BROOKLYN — As hundreds and hundreds gathered below, they stood above, on the steps of Brooklyn Borough Hall and one by one, shared their stories.

It was a loud but peaceful rally Friday evening. Protesters listened intently as speakers recounted their experiences with police and excessive force.

Dominic Augustin was just 17 years old, a high school senior getting ready to attend Howard University, when he was wrongfully arrested one night for an armed robbery. He was crossing the street, on his way to meet friends at a movie theater, when police pounced.

“I feel them throw me against the wall about to break my arm,” said Augustin, now 24. “They throw me in the car and then they say the purpose I’m in custody, I got arrested for they say first-degree robbery.”

It was a case of mistaken identity. Augustin credits his supportive parents and his church congregation for getting him through it and for getting the wrongful charges dropped. He’s calling for reform.

“There are people in jail just for a little crime in the same cell as 40 others who are murderers, who are drug dealers, rapists,” said Augustin.

“I lost my cousin in police custody,” said Hawkins. “He asked them for help, help never came, my cousin left behind a wife and children he’ll never see grow up.”

These demonstrations grew out of our national outrage over the death of George Floyd, after a knee chokehold at the hands of Minneapolis police.

But if there is one positive to come out of the tragedy, it’s that the protests over his death have given rise to so many other voices, and to hope for change

“There has to be change there’s never been a response like this what you’re seeing now this is a revolution happening right before your very eyes people of all races and religions finally coming,” said Hawkins. “ If we are all united, we cannot be divided, we have a whole system that needs to be dismantled we have a lot of work to do.”

As the rain began to fall, the demonstrators left Borough Hall, marching towards Grand Army Plaza They may be rallying for an entire movement, but George Floyd is always on their minds. Many protesters also carried signs with the name Breonna Taylor. Taylor would’ve turn 27 Friday, but the EMT was killed two months ago when Louisville police broke down the door to her apartment in Kentucky.

“In terms of America, it’s the color of our skin which causes us to be looked at differently,” said Augustin. ”If we eliminate the racism and we can all be looked at as individuals, then we would not have this issue of wrongful identification.”