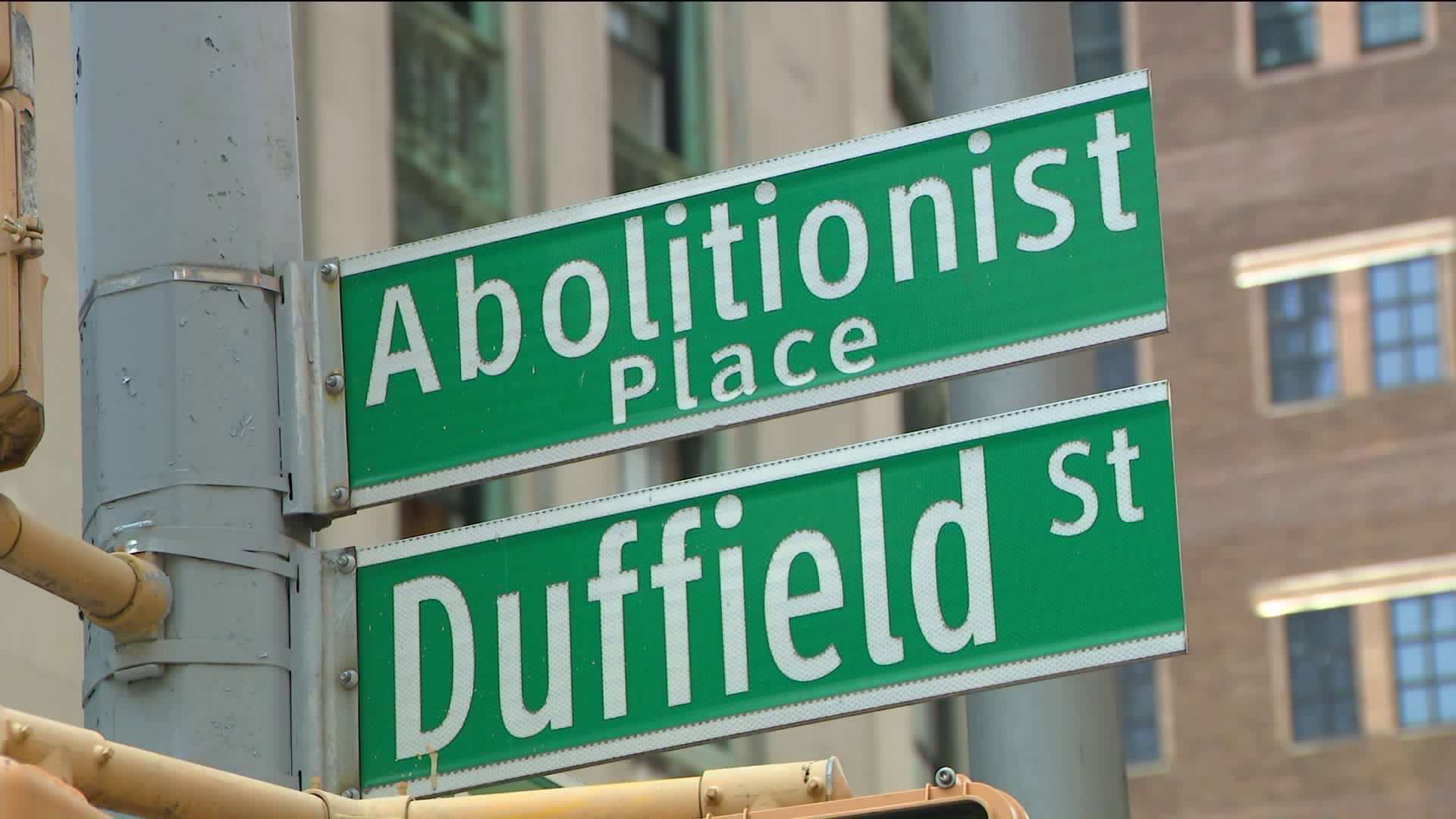 There's a new push to declare a Brooklyn building a landmark.

DOWNTOWN BROOKLYN — A Brooklyn building that was once home to some key figures in the abolitionist movement could soon be saved from the wrecking ball.

There's a new push to declare it a landmark.

The sign at Duffield and Fulton Streets in downtown Brooklyn says Abolitionist Place, but the only structure that may have been a stop in the Underground Railroad to help runaway slaves in the 1850s is a modest brick building, surrounded by new hotels, a Starbucks, a brew house and a gym.

To preservationists, 227 Duffield Street is important in the African American history of New York City.

“This is the only structure left from before the Civil War that was a home to these people who committed their lives to the struggle for freedom for black people in Brooklyn,” Jacob Morris, the director of the Harlem Historical Society, told PIX11 News.

For more than 16 years, a group called Friends of 227 Duffield have been fighting the building's demolition and trying to stop a developer from turning it into luxury condominiums.

And now, for the first time, there's a glimmer a hope for them since the New York City Landmarks Preservation Commission has agreed to consider the building for landmark status after tweets in support from Mayor Bill de Blasio and First Lady Chirlane McCray.

“The Landmarks Preservation Commission is committed to telling the complete story of New York City’s African-American heritage and experience," LPC Chairperson Sarah Carroll said. "227 Duffield Street has significance as the surviving home of Harriet and Thomas Truesdell, 19th-century abolitionists who resided there for more than a decade.”

The LPC has set a public hearing on the merits of landmark status for July 14.

“It’s fantastic that the board of the LPC voted to move it forward,”Raul Rothblatt, spokesperson for Friends of 227 Duffield, told PIX11 News. “But the job isn’t done yet. We just need support that it is actually saved."

A petition has been circulating with now more than 13,000 signatures, but still those fighting to erect a museum on the site said there are still many battles ahead.

The owner of the property was unavailable for comment.

“This is an iconic location for freedom in New York City and in Brooklyn. This can be an amazing destination. We just have to figure out how to stop it from being demolished,” Rothblatt added.