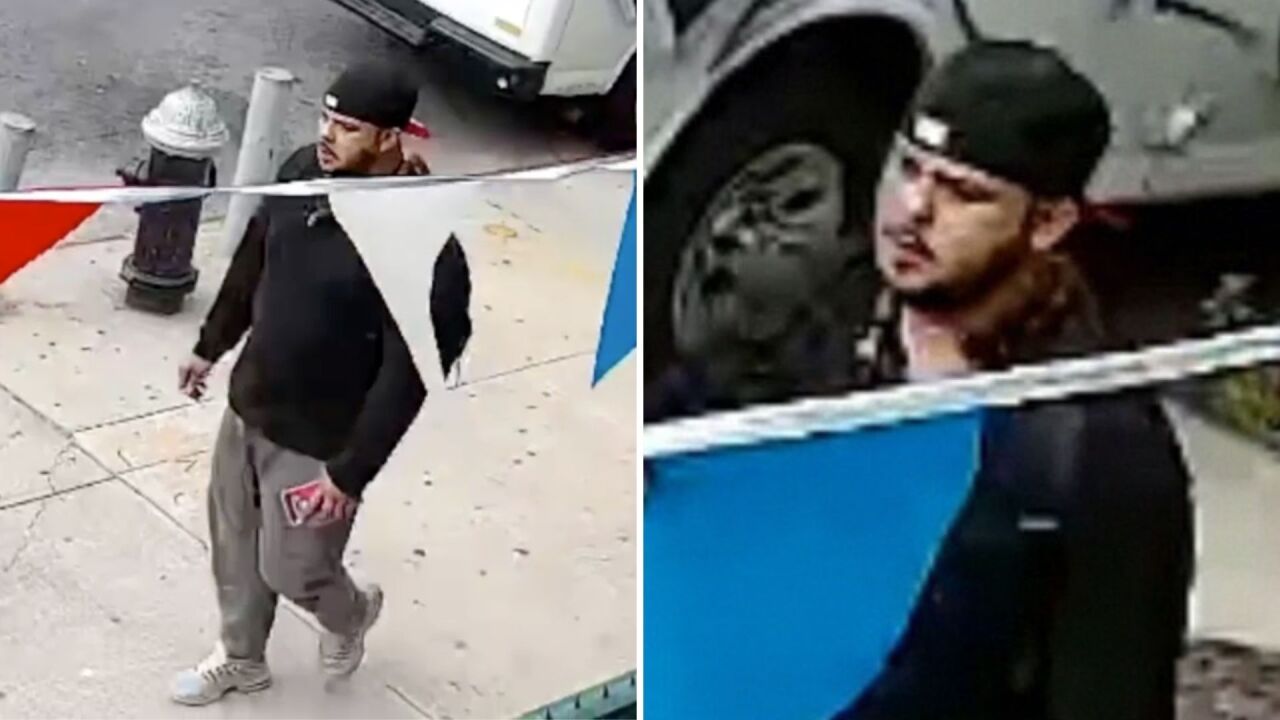 NYPD
Surveillance images of a man were looking for in connection to a 73-year-old woman pushed onto subway tracks in Brooklyn on Monday, Oct. 19, 2020.

CLINTON HILL, Brooklyn — A 73-year-old woman was pushed onto subway tracks Monday afternoon in Brooklyn after a man got into an altercation with her husband and grandson, according to police.

The incident happened at the C train platform at the Clinton-Washington subway station at about 1:45 p.m., authorities said.

Investigators said the woman was with her husband, 82, and grandson, 30, when the grandson confronted a man on the platform, asking him not to smoke in the subway. It led to a dispute which turned physical between all three men.

Amid the physical altercation the suspect shoved the woman onto the subway tracks, police said.

She was taken to a nearby hospital with non-life-threatening injuries.

No arrests were made and police were searching for the suspect Monday night.

The NYPD described the suspect as a man in his 20s or 30s, last seen wearing a backwards hat and a dark hooded sweatshirt.