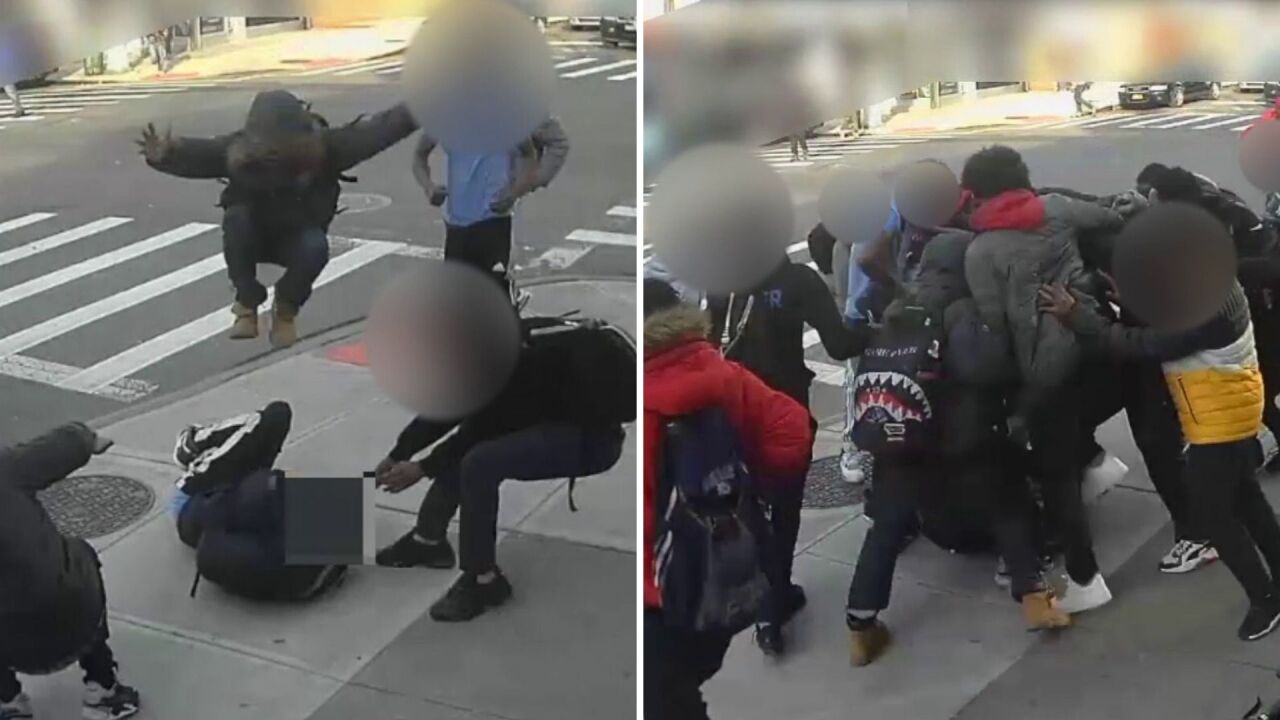 NYPD
Surveillance images from video of a group of teens swarming, attacking and robbing a 15-year-old girl in Crown Heights, Brooklyn, on Thursday, March 5, 2020, according to police.

Five teens had already been arrested Friday in the Crown Heights assault. The teens, all ages 14 to 17 years old, were charged with robbery and gang assault in the Thursday attack. New York City Councilman Robert Cornegy said police were looking for 18 people total connected to the attack.

Surveillance video of the attack shows a large group swarm the girl on Utica Avenue in Crown Heights. The teens punched and kicked her multiple times before stealing her sneakers, cell phone and debit card, police said.

The girl was treated for bruising and released from a hospital. She was home and recovering with her family on Friday.

"She will be alright, but not right now," Thompson said. "She is messed up, mentally messed up."