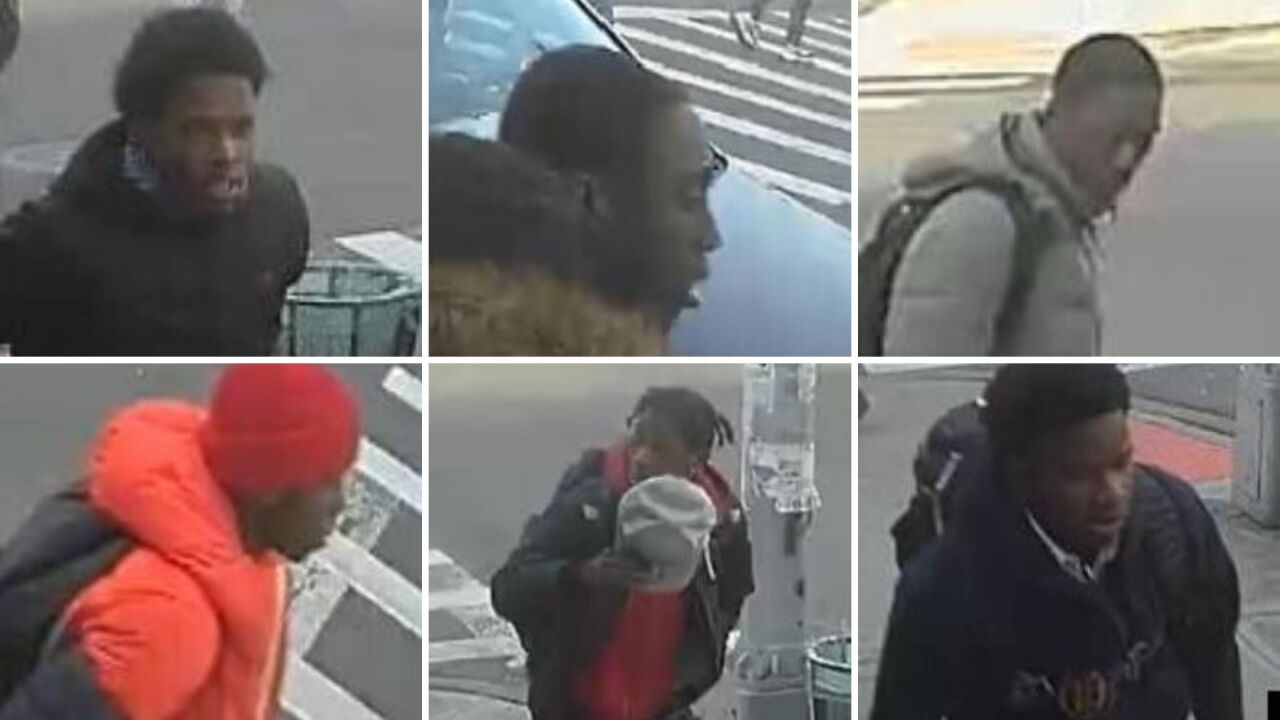 NYPD
Police released photos on March 11, 2020, of six suspects wanted in a beating and robbery of a 15-year-old girl in Brooklyn.

The attack, caught on video and widely shared on social media, involved more than a dozen people — all apparently teenagers, according to police.

The video shows the suspects swarming the girl on Utica Avenue in Crown Heights around 4:10 p.m. on Thursday. The teens punched and kicked her multiple times before stealing her sneakers, cell phone and debit card, police said.

The victim was treated and released from a hospital last week. During a rally on Saturday, her grandmother said she was traumatized by the attack.

"She has a concussion. She has a lot of bruises. She will be alright, but not right now. She is messed up, mentally messed up,” Pamela Thompson said.

Twelve teenagers between 14 and 17 years old have been arrested so far, according to police. They all face charges of gang assault and robbery, cops said.