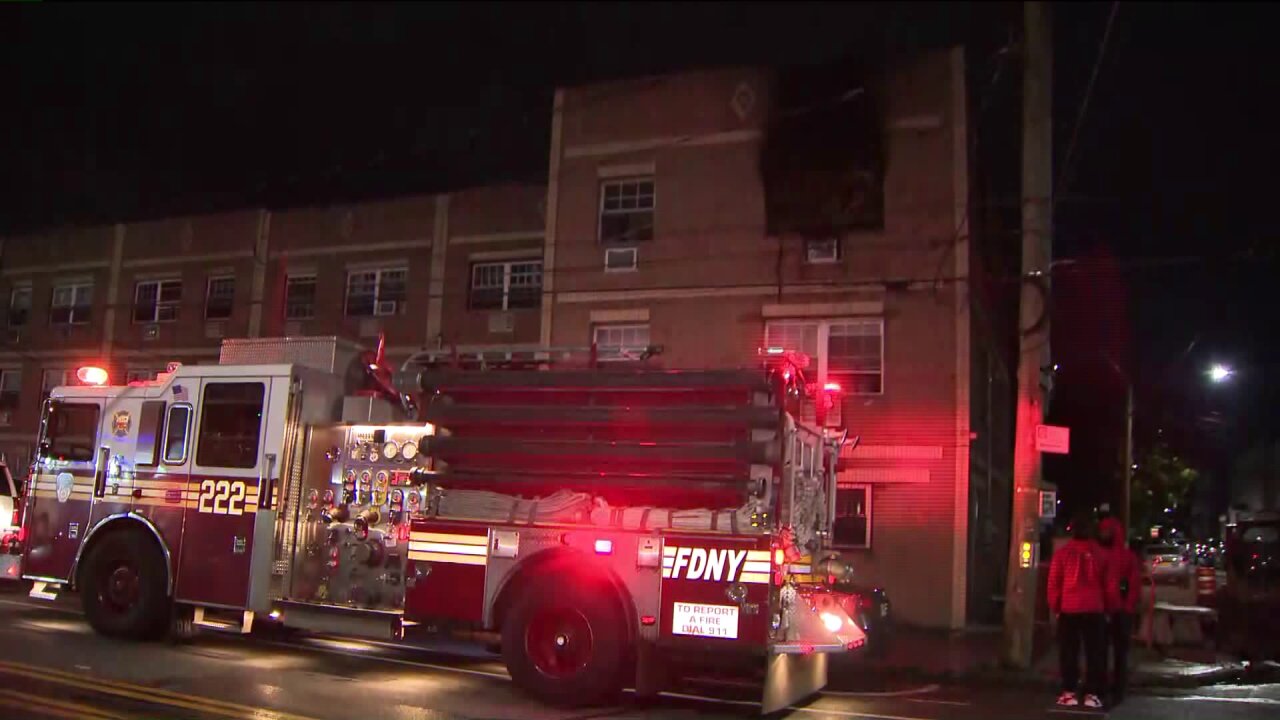 Fire officials said a call came in around 1:13 a.m. for flames on the top floor of a three-story residential building located at 2300 Pitkin Avenue, at the corner of Barbey Street, in the East New York section.

Four civilians were injured and two firefighters were also hurt, the FDNY said. The victims' conditions and the extent of their injuries were not immediately known.

The fire was officially placed under control at 1:40 a.m., according to fire officials.

The cause of the fire was still under investigation early Monday.