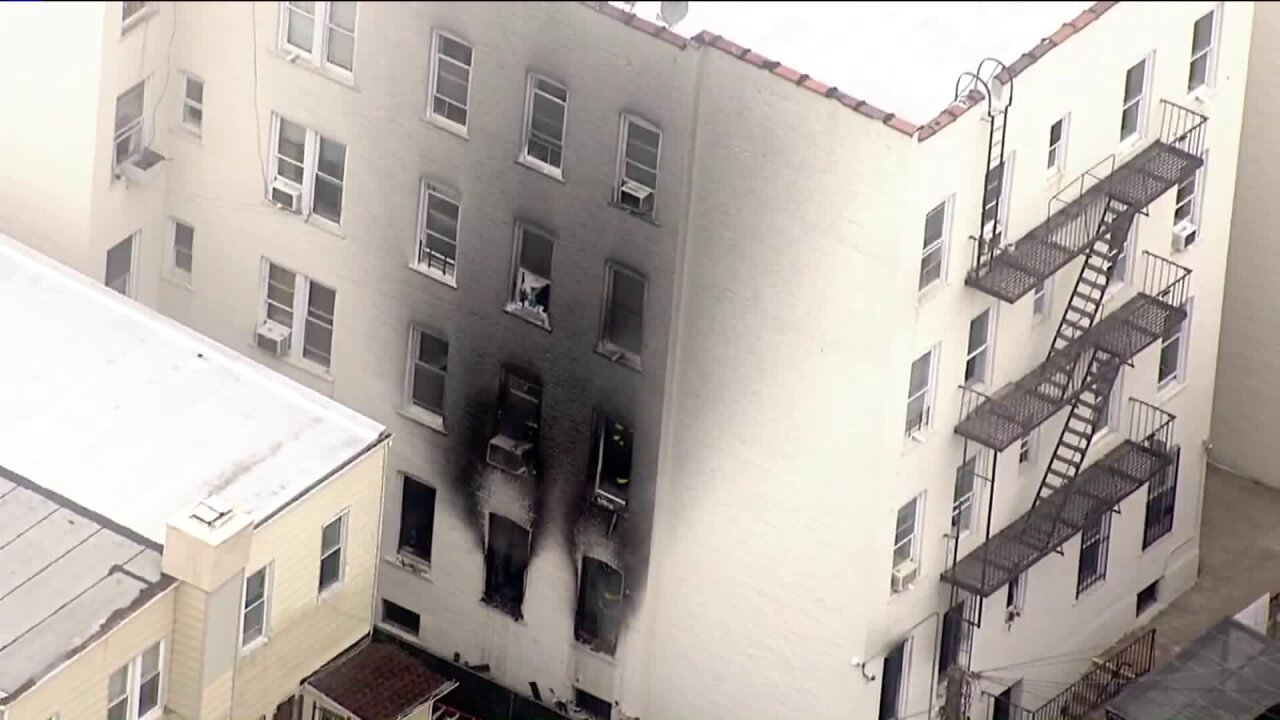 AIR11
AIR11 was over the scene after a fire in a Brooklyn apartment building sent five people to the hospital, two with serious injuries, on Monday, Jan. 13, 2020, the FDNY said.

GRAVESEND, Brooklyn — Five people were injured, two of them seriously, when fire broke out in a Brooklyn apartment building Monday morning, the FDNY said.

The blaze sparked just after 9 a.m. on the first floor of a four-story building on Benson Avenue in the Gravesend neighborhood, according to officials.

Authorities said five people were taken to area hospitals, two of them with serious injuries and three with non-life-threatening injuries.

There were no firefighters injured.