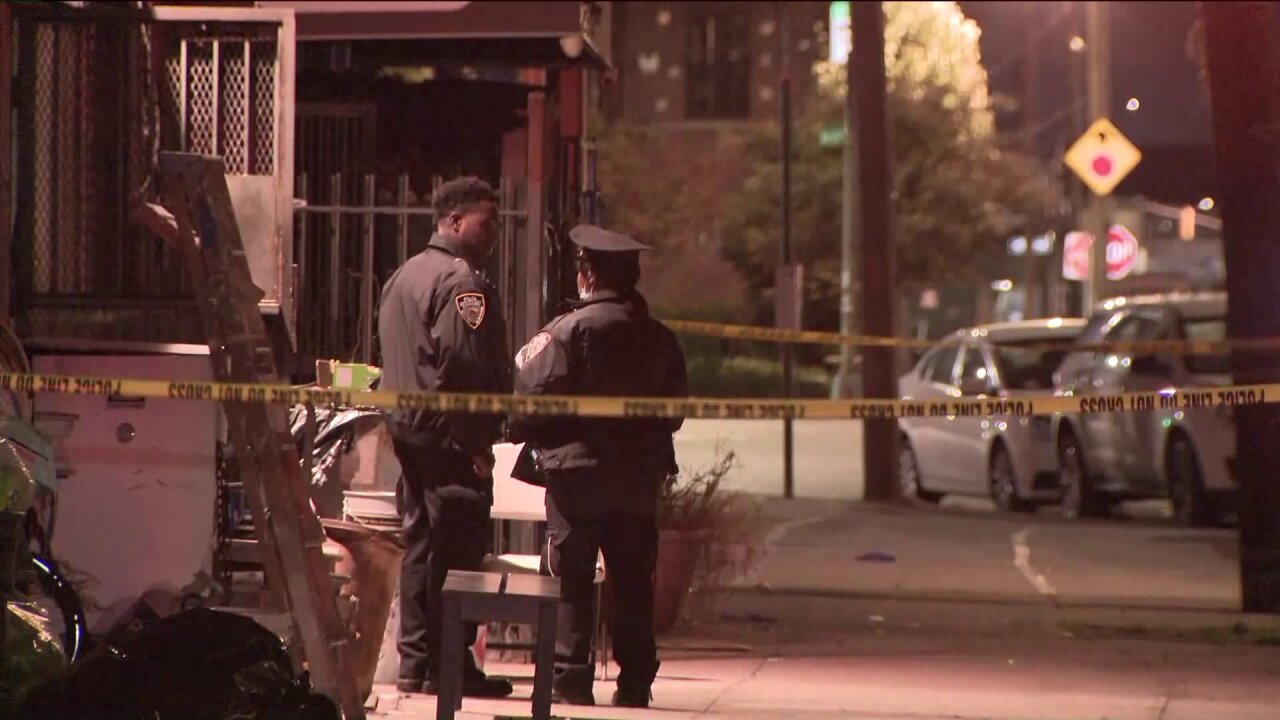 PIX11 News
Scene in Brownsville, Brooklyn after four men were shot, including a man who was killed, on Wednesday, Oct. 7, 2020, according to police.

BROWNSVILLE, Brooklyn — A man was killed and three others injured when the four men were shot in the Brownsville section of Brooklyn on Wednesday night, police said.

One of the victims of the shooting on Hegeman Avenue, near Osborn Street, was pronounced dead upon arrival to the hospital, officials said.

Authorities responded to the Bronwnsvlle scene at about 10:41 p.m., according to the FDNY and NYPD. The four victims were transported to area hospitals.

Police did not release a description of the shooter or any additional identifying information about the victims.

No arrests had been made as of early Thursday.