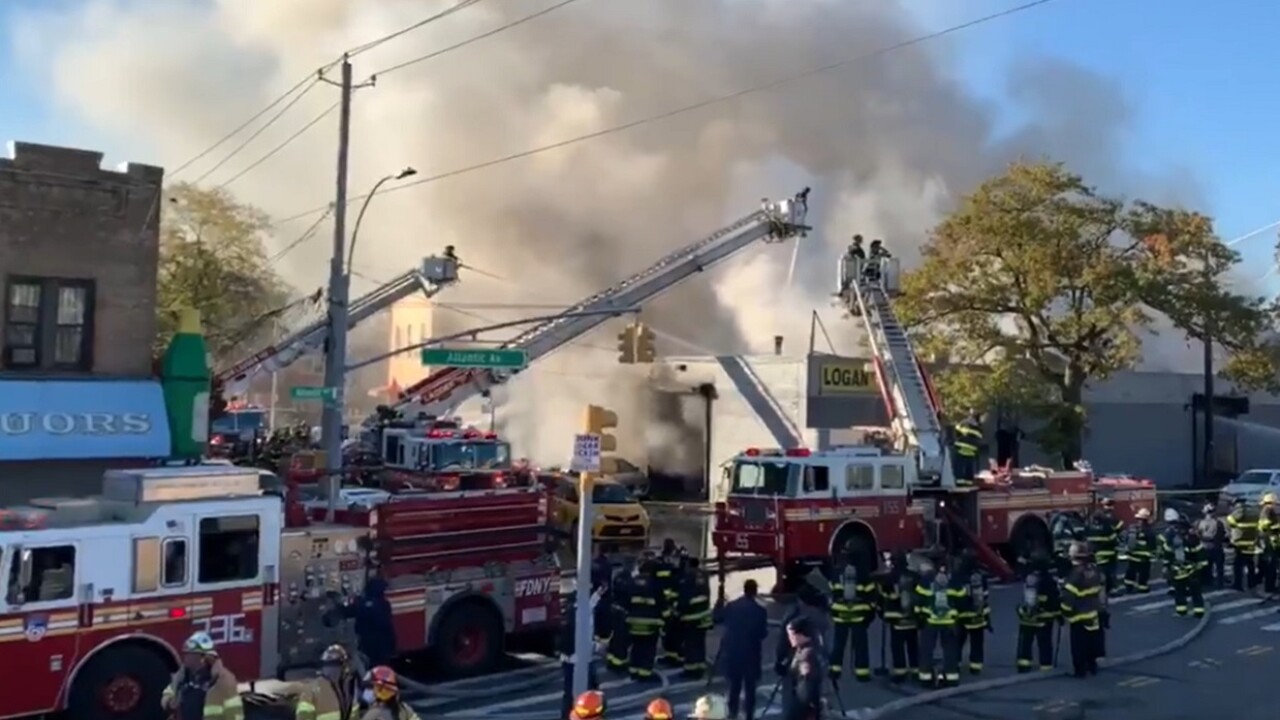 FDNY
A fire at an autobody shop in Brooklyn grew to five alarms on Saturday, Oct. 31, 2020.

CYPRESS HILLS, Brooklyn — At least three firefighters were injured in a massive, five-alarm blaze at an autobody shop in Brooklyn Saturday morning, according to the FDNY.

Notify NYC, the city’s official emergency notification system, urged residents in the area to close their windows due to the heavy smoke.