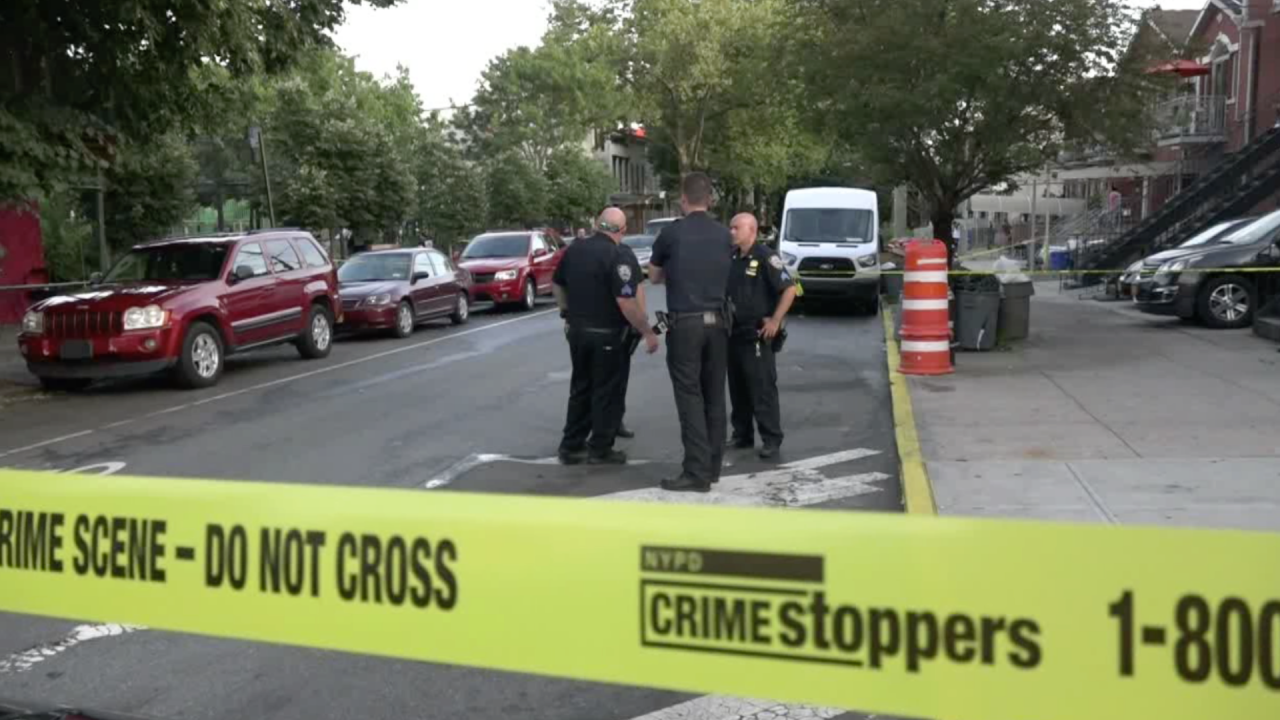 A 16-year-old boy was killed and another two teens were hospitalized after a shooting in Cypress Hills on July 26, 2020.

CYPRESS HILLS, Brooklyn — An 18-year-old who was shot in the head during a triple shooting in Brooklyn on Sunday has died, police said Monday.

NYPD Chief Rodney Harrison released video footage on Monday of the alleged gunman standing up through the sunroof of a late model Honda CRV and opening fire on Vermont Street near a park in Cypress Hills around 6:40 p.m.

Antonio Villa, 18, was rushed to the hospital in critical condition but died of his injuries on Monday, police said.

A 16-year-old boy, identified by police as Kleimer P. Mendez, was also killed in the shooting. He was shot in the head and pronounced dead at the scene, police said.

The third victim, an unidentified 17-year-old boy, was shot in the leg.

Mendez and Villa lived in the neighborhood. Chief Harrison described them as “innocent teenagers playing basketball."

“The NYPD needs the public’s help in solving these murders,” the chief added.

The shooting was the latest in a string of gun violence plaguing the city in recent months.