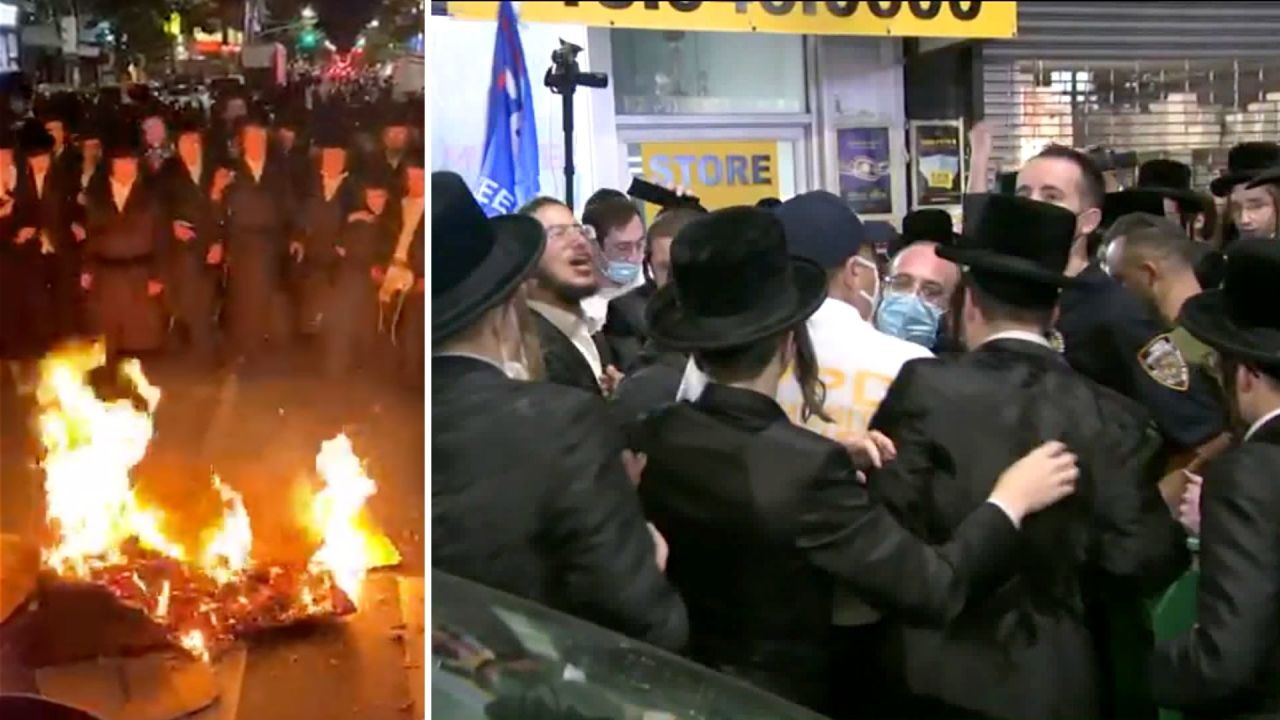 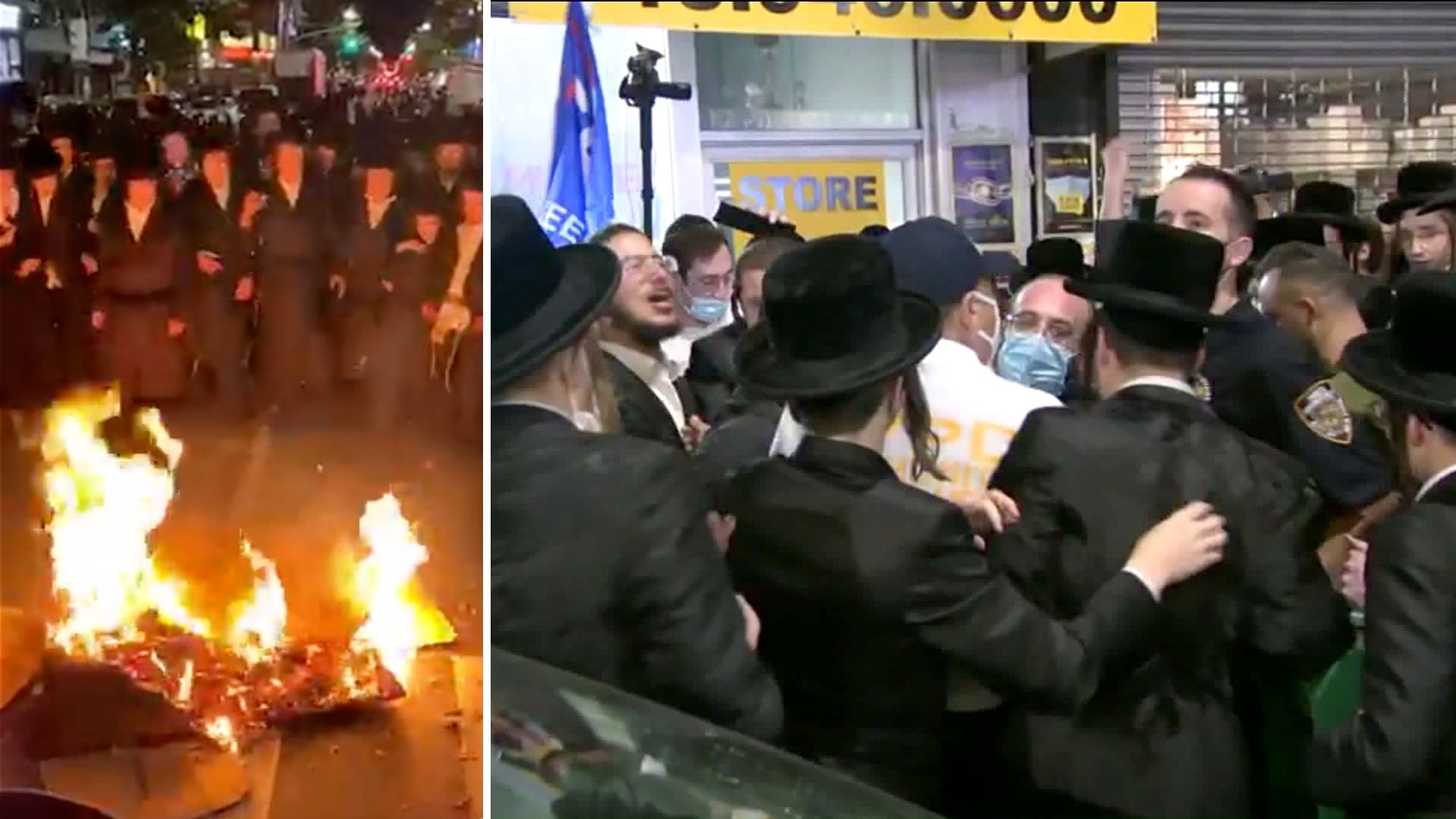 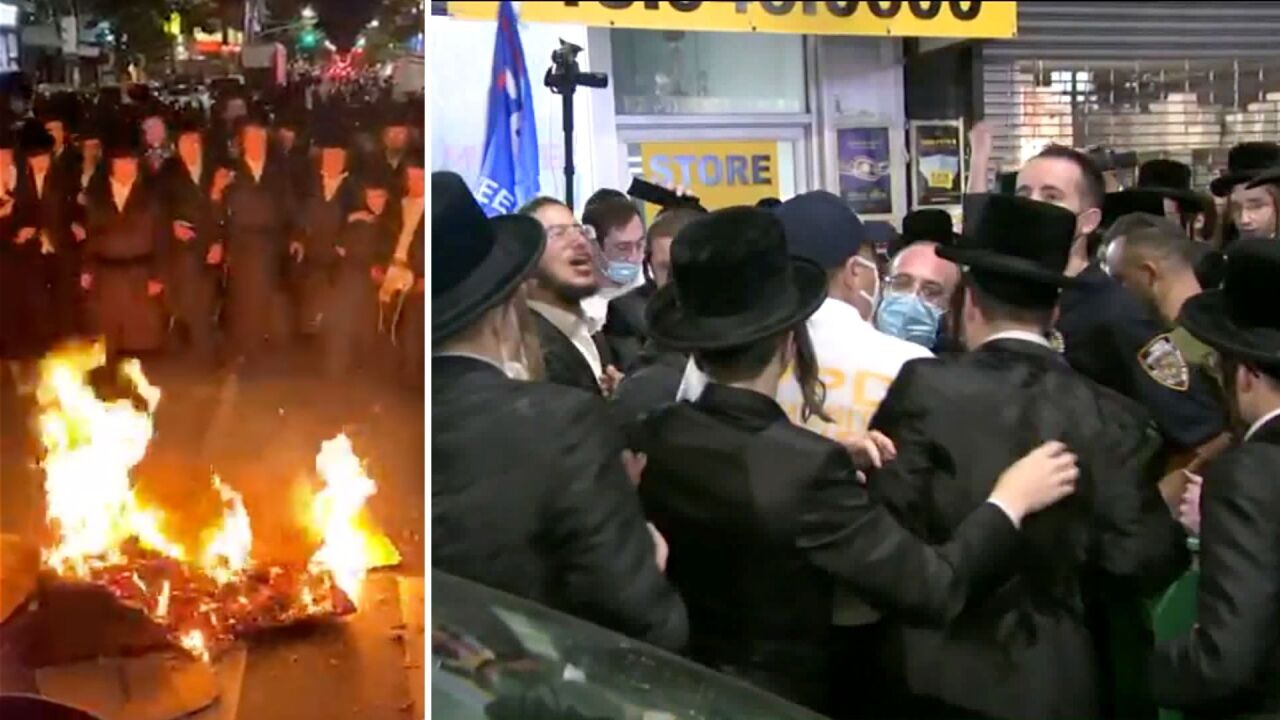 Some residents in these areas have said the state is unfairly targeting Orthodox Jewish communities as it tries to stamp out hot spots before they spread.

Cuomo and Mayor Bill de Blasio have insisted the new restrictions are based solely on science and data around coronavirus-case clusters.

Demonstrations turned violent Wednesday night when a journalist was assaulted by a group of protesters he said surrounded him and kicked and hit him.

Jacob Kornbluh, who identified himself as a reporter for jewishinsider.com, said hundreds of community members attacked him, calling him a "nazi" and "Hitler."

I was just brutally assaulted, hit in the head, and kicked at by an angry crowd of hundreds of community members of the Boro Park protest — while yelling at me “Nazi” and “Hitler” —after Heshy Tischler recognized me and ordered the crowd to chase me down the street

NYC Councilmember Chaim Deutsch tweeted that he was "disgusted" by the report of the attack and stands in solidarity with Kornbluh, writing that it is "NEVER acceptable for a protest to devolve into violence."

While police said no arrests were made at the second night of protests, they confirmed Thursday morning there was an ongoing investigation into the incident.

"Violence will not be tolerated in New York City," the NYPD tweeted. "We take any act of criminality seriously."

While the NYPD told PIX11 there had been no reports of fires or destruction of property, a witness who said they were at the protest Wednesday told PIX11 that people had started more fires in the streets.

The witness, who wished to remain anonymous, shared video of crowds around flames in a Brooklyn street.

New York State Assembly Member Simcha Eichenstein said in a statement, "What we have been witnessing on the streets of Boro Park over the last 48 hours does not reflect the values of our beloved community."

While he is "deeply saddened and outraged" by Gov. Cuomo's "rhetoric and draconian measures," he said "violence is never the answer. Ever." Read his full statement on his Twitter.

NYC Councilmember Kalman Yeger denounced the violence on Twitter late Wednesday night. "Second night in a row, a resident from our community was surrounded and assaulted. THIS IS NOT WHO WE ARE," he wrote.

Protests first broke out in the area Tuesday night and also reportedly turned violent when a photographer said he was attacked by a group.

The city and state begin strict enforcement Thursday of the new restrictions in Gov. Cuomo's plan.