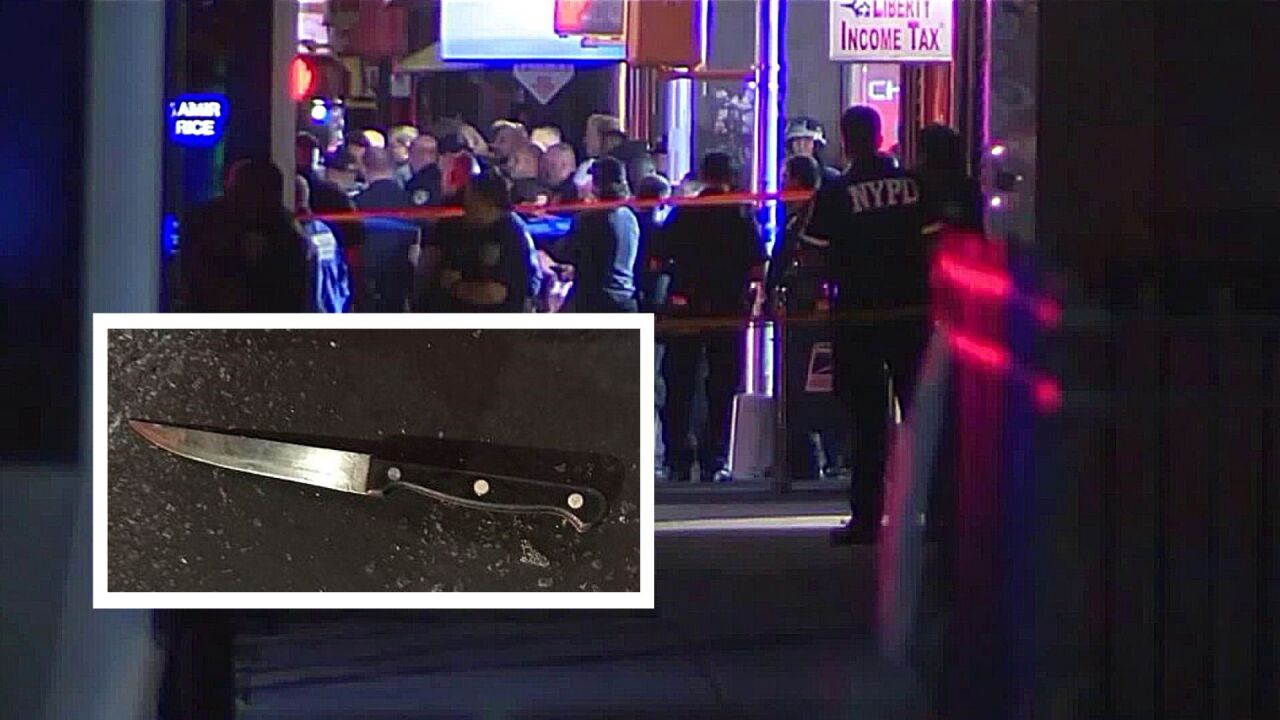 PIX11 News / NYPD
An unprovoked ambush in Flatbush, Brooklyn, left one NYPD officer stabbed and two other cops with gunshot wounds to the hand Wednesday night, June 3, 2020, police say. The suspect was also shot and is in critical condition Thursday morning, officials said.

FLATBUSH, Brooklyn — The man identified as a suspect in an unprovoked ambush where police officers were shot after another officer was stabbed in Brooklyn late Wednesday night was charged on Friday, the NYPD said.

Dzenan Camovic, 20, of Brooklyn was charged with Attempted Murder of a Police Officer, Robbery, Assault of a Police Officer, Criminal Possession of a Weapon and Reckless Endangerment. The FBI was looking into Camovic's possible ties to terrorist affiliations, though no clarification was given on the result of that investigation.

According to Police Commissioner Dermot Shea, two officers were working an anti-looting post at the corner of Church and Flatbush avenues around 11:45 p.m. when a man armed with a knife walked up casually and stabbed one of the cops in the side of the neck.

A struggle ensued and police believe the suspect managed to grab a gun from one of the officers before shots were fired.

According to authorities, two other NYPD officers in the area heard the shots and rushed to the scene. More shots were fired, police said.

When all was said and done, two cops had suffered gunshot wounds to the hand and the suspect was shot multiple times, Shea said.

Mayor Bill de Blasio rushed to the Brooklyn hospital after hearing of the shooting, a spokeswoman said.

According to police, the suspect remained hospitalized in critical condition Thursday morning.

UPDATE: Police have released body cam footage from the incident.

Earlier this week, 1 of our officers was stabbed in the neck without warning while protecting NYers. This was not a chance encounter—it was a planned assassination attempt on an NYPD police officer.

It's only by sheer luck that this didn't have a drastically different outcome. pic.twitter.com/BG4YO849H4