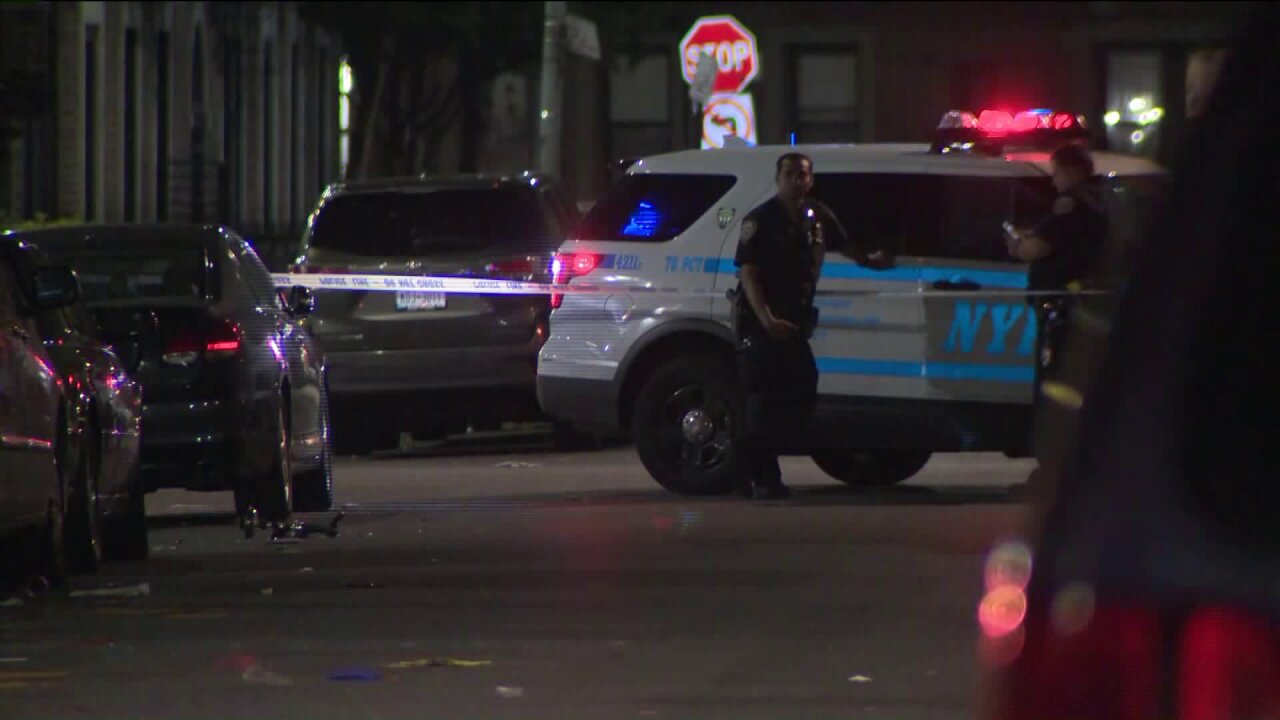 PIX11 News
Scene after a man and two teenage boys were wounded in a triple shooting in the Flatbush neighborhood in Brooklyn on Thursday night, Aug 6., 2020, according to police.

FLATBUSH, Brooklyn — A teenage boy is fighting for his life after a triple shooting in Brooklyn late Thursday night, authorities said.

According to police, a 26-year-old man and two 18-year-old boys were all struck when gunfire erupted just before 11 p.m. on Regent Place, near the corner of Flatbush Avenue in the Flatbush neighborhood.

Police said the three males were wounded when an unidentified suspect came by and opened fire, just around the corner from the Kings Theatre. Officials said it may have been a drive-by.

All three victims were rushed to a nearby hospital.

One of the teens was shot in the head and critically injured, police said.

No arrests have been made and the investigation remains ongoing.