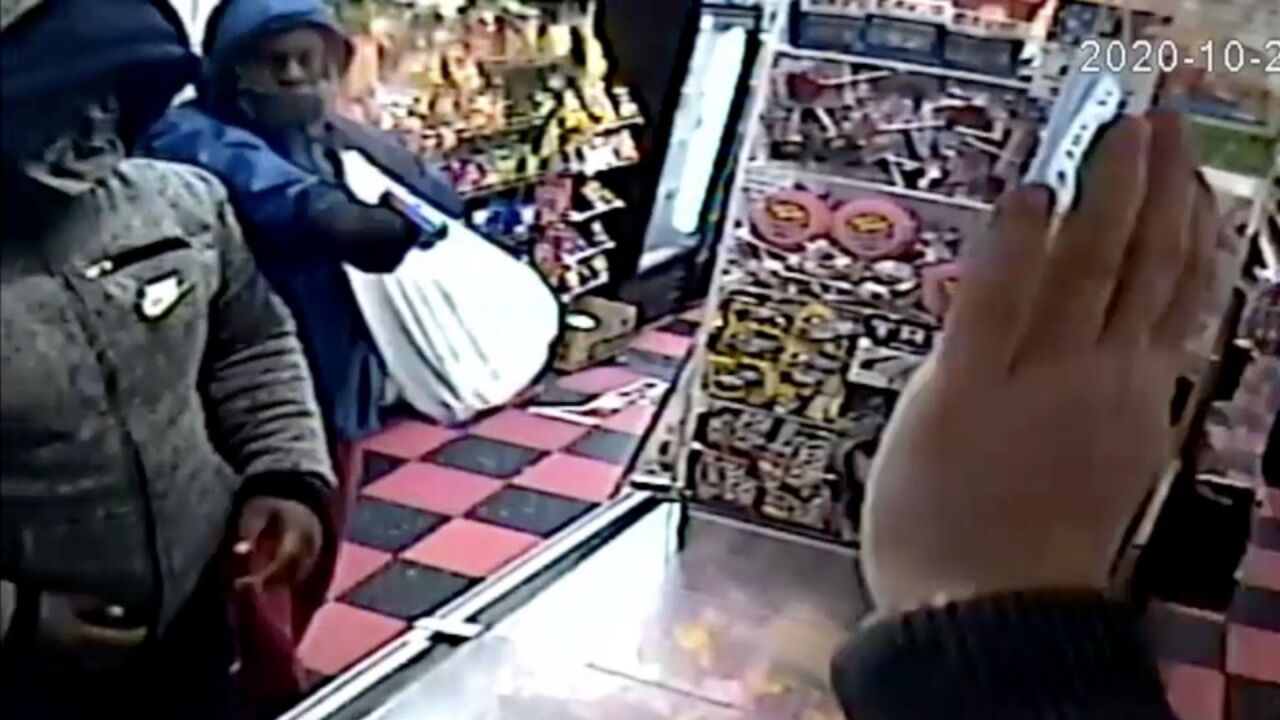 NYPD
Surveillance image of two men wanted for robbing a deli at gunpoint at 1293 Blake Ave., in East New York, Brooklyn on Thursday, Oct. 22, 2020, according to the NYPD.

According to police, the two unidentified individuals walked into the East New York deli at 1293 Blake Ave. around 8:30 p.m. on Thursday, Oct. 22.

One of the individuals is seen in surveillance footage taking out a firearm and pointing it at both store clerks and others.

WATCH: Suspects pull a gun on workers at a #Brooklyn deli before making off with hundreds in cash, police say

Police said the pair demanded property from the employees. The workers complied and can be seen in the video placing handfuls of money on the counter.

The two suspects fled in an unknown direction, making off with about $750 in cash and a cellphone, authorities said.

The NYPD has released the above surveillance video of the incident.