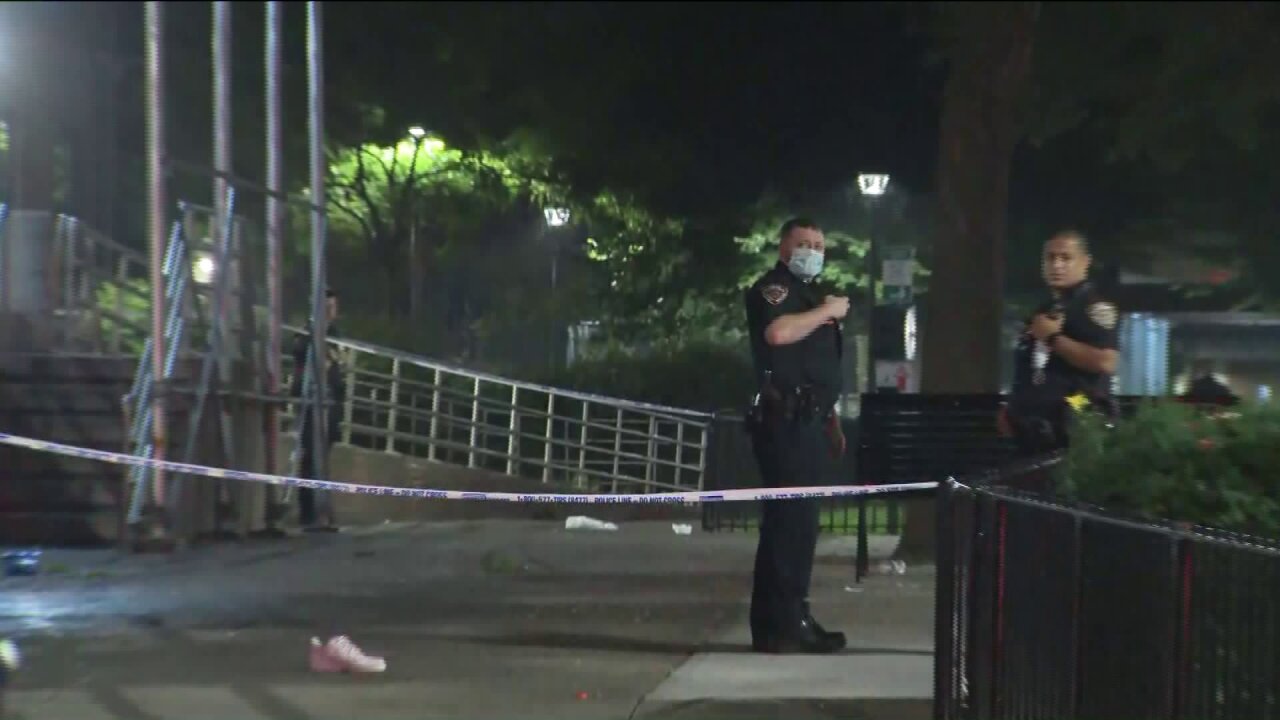 PIX11 News
Police on the scene after two men and a woman were wounded when gunfire erupted in Brownsville, Brooklyn, early Thursday, Sept. 10, 2020, according to police.

BROWNSVILLE, Brooklyn — A man is fighting for his life after he and two other people were shot in Brooklyn early Thursday, according to the NYPD.

Police said the three were wounded when gunfire erupted around 1:40 a.m. on Blake Avenue, near Powell Street in the Brownsville section of the borough.

A 22-year-old man was hospitalized in critical condition Thursday morning after being shot in the face, officials said.

The second victim was a man, 32, who was wounded in the right arm and rushed to a nearby hospital, according to police.

Authorities said the third victim was a woman, 38, who was shot in the left leg and was taken to the hospital by private means.

Police said they're looking for a group of suspects but did not give more information than that.

The circumstances around the shooting were not immediately clear.