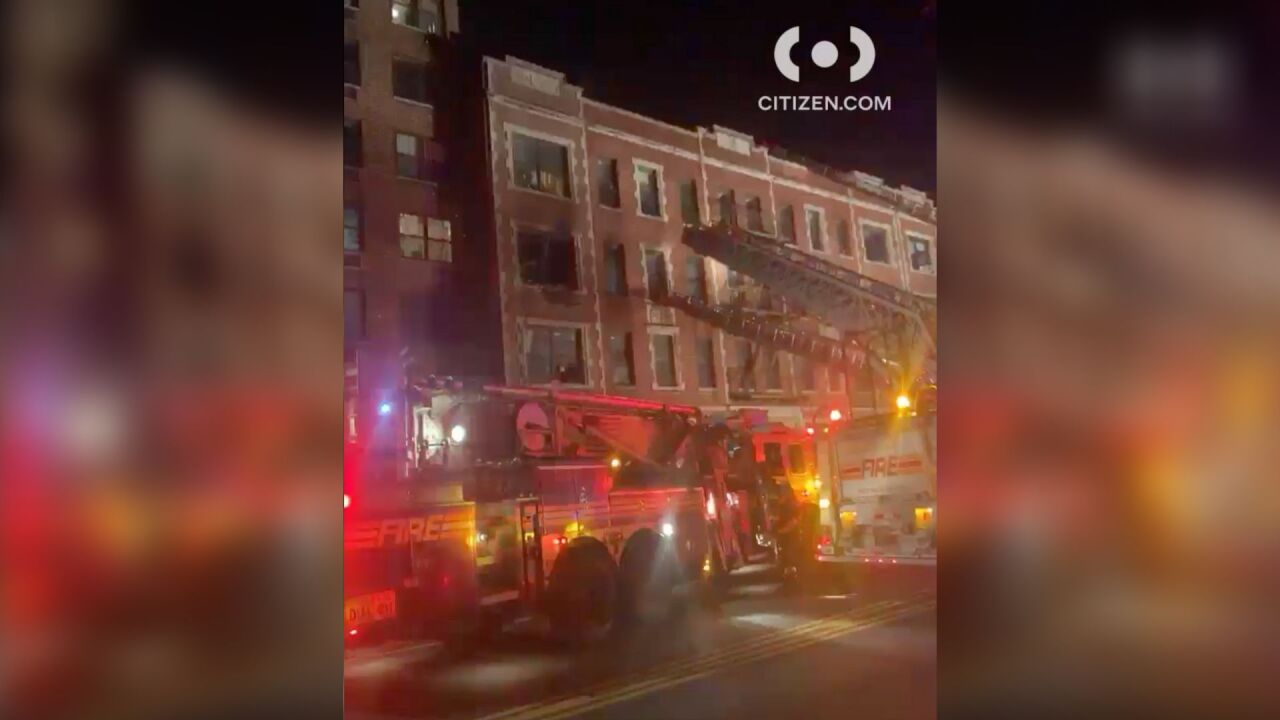 BROOKLYN — Two people were injured, one seriously, when fire broke out in a Brooklyn apartment building early Wednesday morning, according to the FDNY.

Fire officials said the call came in just before 5 a.m. for flames in the four-story residential building at 152 Parkside Avenue, just south of Prospect Park.

The blaze started on the third floor and then spread to the fourth floor, authorities said.

The fire was officially under control by 5:45 a.m., according to the FDNY.