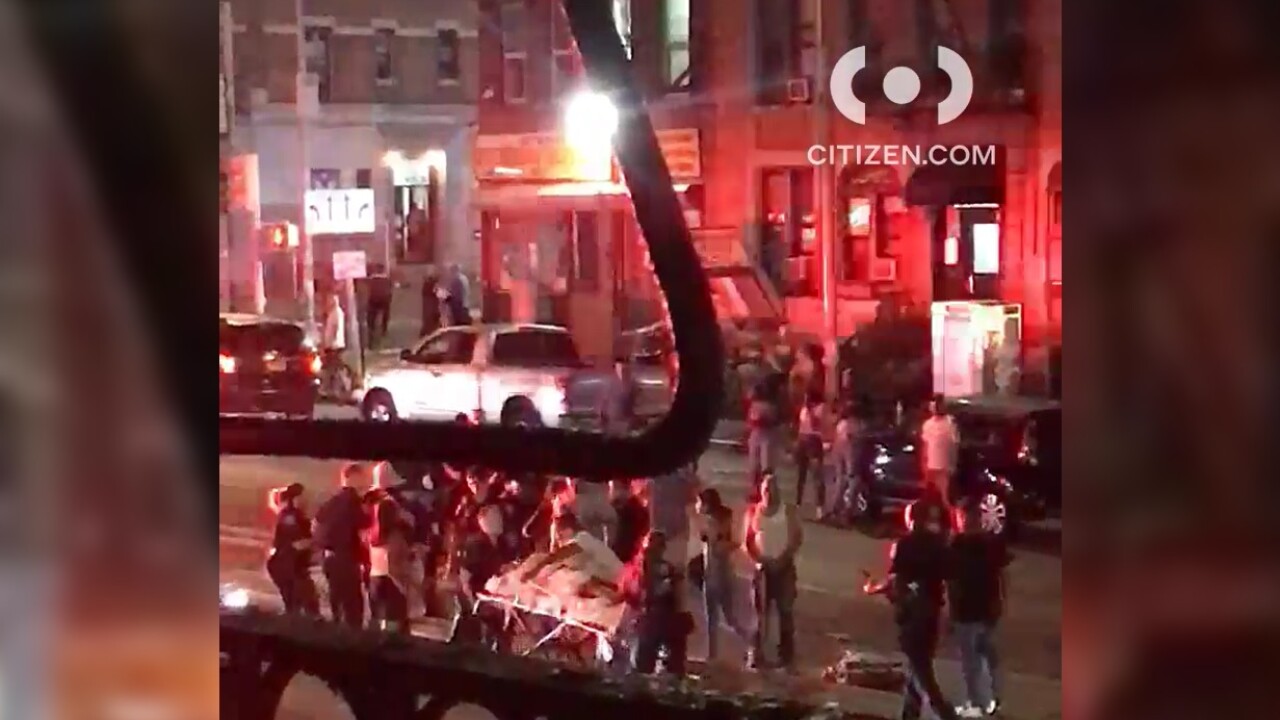 Citizen App
A 19-year-old was stabbed during a dispute over a car crash in Sunset Park, Brooklyn on Saturday, July 25, 2020, police said.

SUNSET PARK, Brooklyn — A 19-year-old is fighting for his life after he was stabbed multiple times during a dispute over a car crash in Sunset Park, Brooklyn early Saturday, police said.

The victim was with his father when their car collided with another vehicle near 4th Avenue and 60th Street just before 2 a.m., according to police.

The father exchanged some paperwork with the driver of the other vehicle and then left, but returned to dispute some information related to the crash, police said.

The argument escalated into a fight and the 19-year-old was stabbed multiple times in the neck and chest, police said.

He was rushed to NYU Langone Hospital—Brooklyn in critical condition, according to police.

The suspect drove off after the stabbing. No arrests have been made, police said.