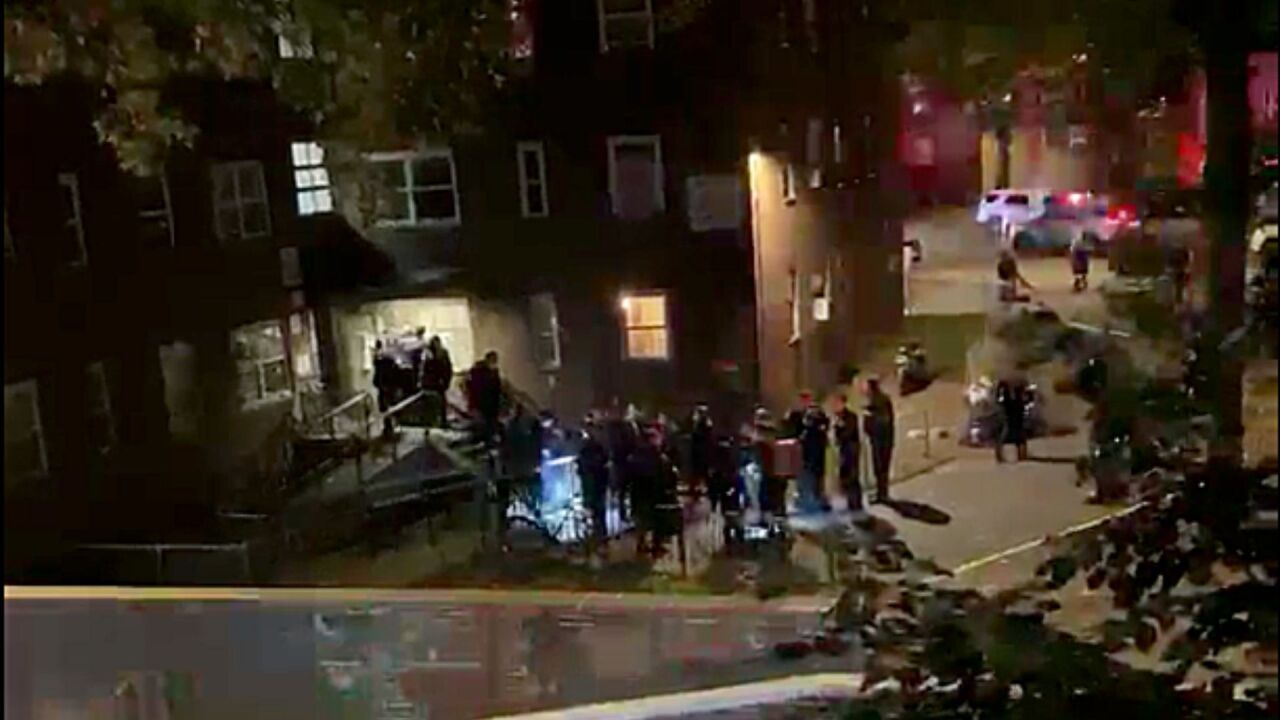 Citizen App
Police on the scene after a 16-year-old boy was fatally shot in the chest at Brooklyn's Kingsborough NYCHA complex in the Crown Heights area on Tuesday night, Oct. 27, 2020, police said.

CROWN HEIGHTS, Brooklyn — Police are investigating after a teenage boy was shot to death in Brooklyn late Tuesday night, the NYPD said.

Cops responded to a 911 call just after 10 p.m. for a person shot in front of a building at the Kingsborough NYCHA complex in the Weeksville neighborhood of Crown Heights, according to police.

Officials said responding officers found a 16-year-old boy with a gunshot wound to the chest.

EMS also responded and rushed the teen to a nearby hospital, where he was pronounced dead, police said.

No arrests had been made as of Wednesday morning and police said their investigation remained ongoing.