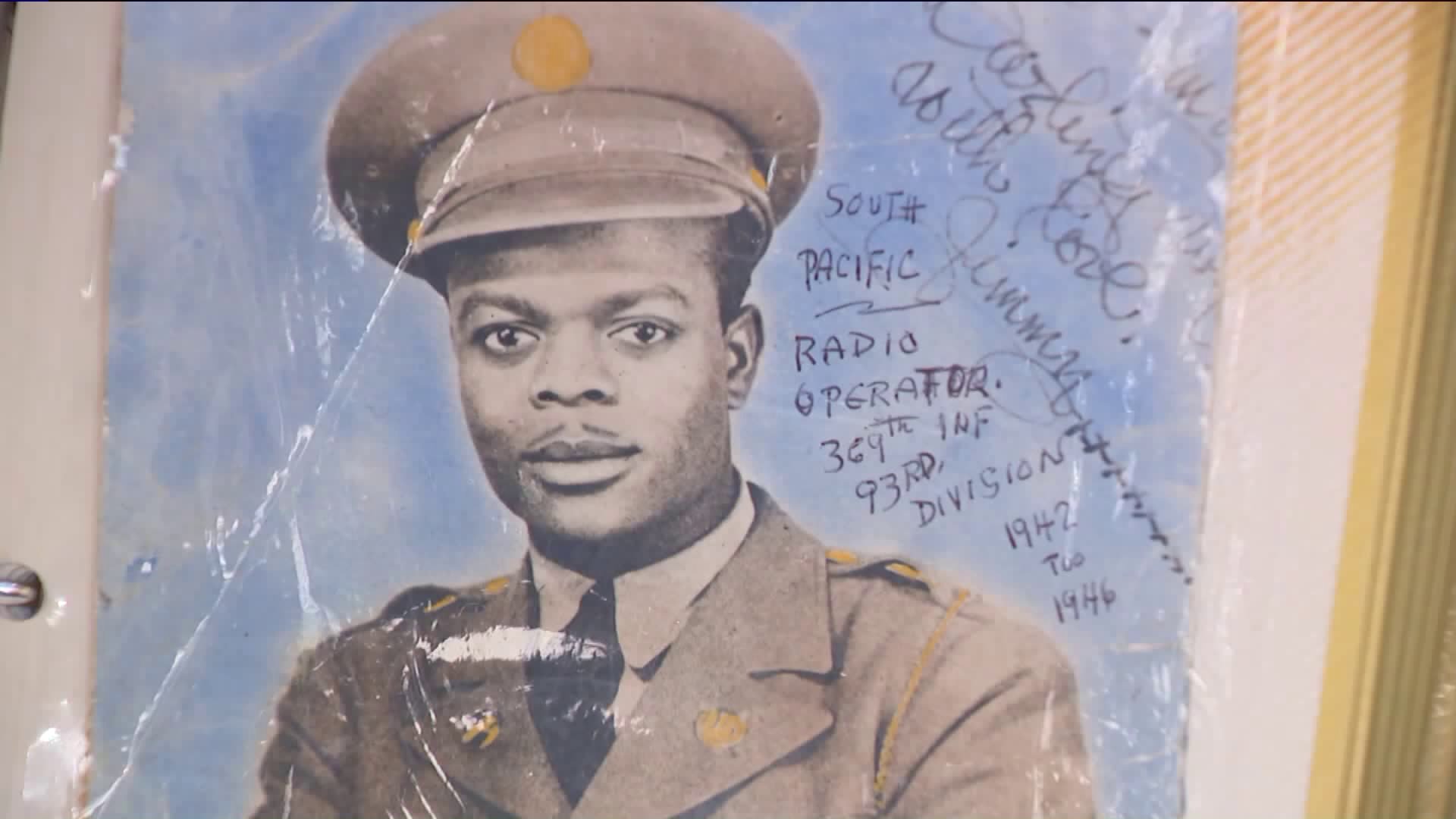 At 100 years old, his Bed-Stuy house truly is home. But when PIX11 met with him Tuesday, he was fighting off foreclosure.

BEDFORD-STUYVESANT, Brooklyn — An Army veteran who just celebrated his 100th birthday was in a new fight Tuesday to stay in his Brooklyn home.

James Been served in World War II as a radio operator, and celebrated the milestone birthday on Juneteenth.

Been said a brownstone on Halsey Street in Bed-Stuy has been in his family for generations, and he's lived there since 1927.

Been has lived an extraordinary life. He served in an all-Black regiment known as the Harlem Hell Fighters.

“I served in the 93rd Division in the South Pacific against the Japanese in 1942 to 1946. Instead of buses, there were buggies going downtown here. Its a wonderful feeling to remember those historic events,” said Been.

Last year, Been was shocked to find out there was a foreclosure case filed against him.

“There are so many mostly Black homeowners who have built these communities, like Bed-Stuy, and they are being pushed out. And that’s wrong,” she said.

Thankfully for Been, the case against him won't continue, with a JPMorgan Chase spokesperson delivering great news later Tuesday.

“Mr. Been will not be evicted from his home. We are committed to honoring those who have served," the company said.

“There are hundreds — probably thousands — of people like Been, but they don’t want to come forward. They are embarrassed,” said Cornegy.

Cornegy said hes fighting to keep the money in the city’s budget for deed theft prevention and foreclosure prevention, to help protect seniors at risk of losing their homes.