Brooklyn businesses can't get hemp back from NYPD 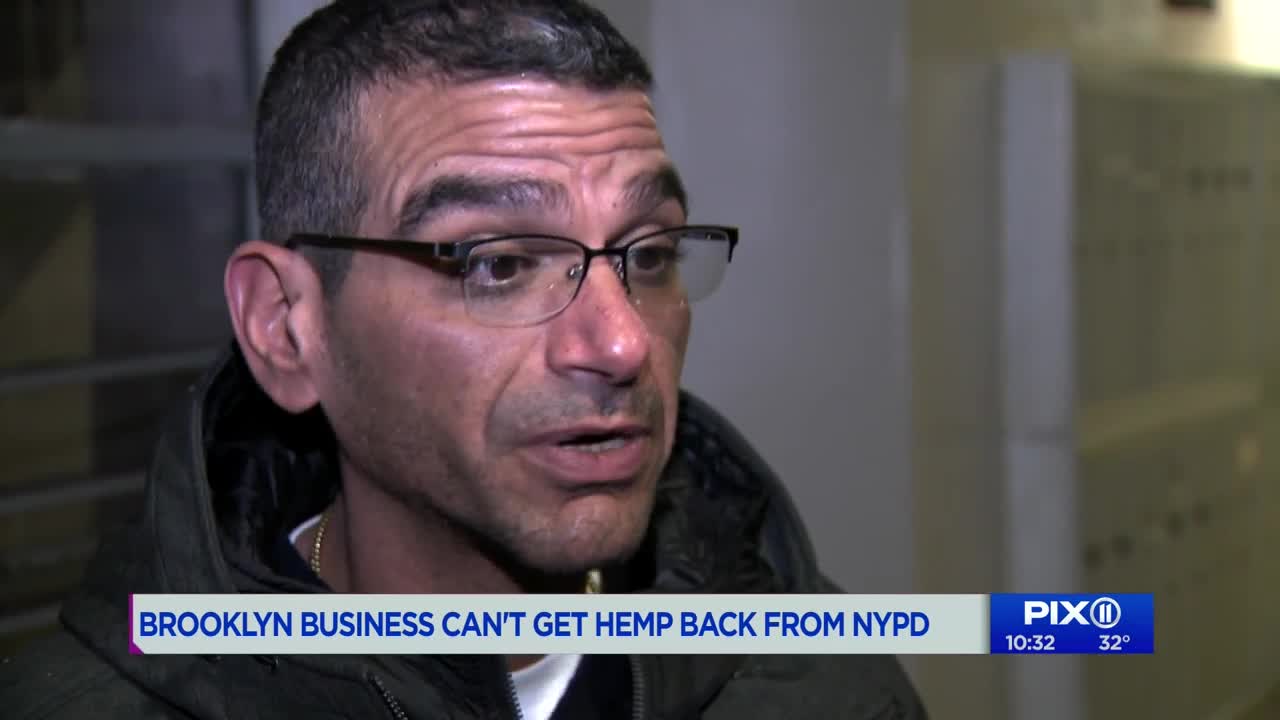 The owner of a Brooklyn-based CBD business still cannot get back his shipment of hemp seized by the NYPD last month.

The owner of a Brooklyn-based CBD business still cannot get back his shipment of hemp seized by the NYPD last month.

Furthering complicating the situation, his brother, who was arrested when he arrived at the precinct to pick up the package, is still facing felony charges. The Levy brothers were hoping the charges would be dropped today, but the case was adjourned for a second time. Their next court date is not until May.

"I am going out of business because of this for something legal, for helping people with cancer this doesn't make sense to me," a frustrated Oren Levy tells PIX11. "I can't sleep at night I'm losing weight, I'm losing business what more can they want from me?"

Levy is now out more than $35,000 and the amount keeps going up in legal fees. This is on top of the approx. $20,000 in hemp. When PIX11 first brought you his story in November, the NYPD's 75th precinct had seized 106 pounds of what they believed to be marijuana. Police even touting their big drug bust on social media. But, it was actually hemp and according to Levy, hemp with undetectable levels of THC, making it legal. The 100 plus pounds has been sitting in an NYPD property room for a month and Levy says is now useless.

"I know it's not stored the right way I'm pretty sure it's dried up if not moldy if not degraded," said Levy. "New York City, you're allowed to have hemp with THC in it at a limit which we're way below the limit of THC we're allowed to have, I think New York State needs more education."

His initial court date to clear the mix up was first in November, then pushed to today, Dec. 2nd, and now it's been adjourned again till the May 29th! He says they're giving him the runaround and he's taking legal action against the city and Federal Express.

"I'm being played," said Levy. "A lot of suppliers actually cut me off, they're not answering my phone calls, I have a lot of clients who are really really sick and they need their medication right they don't want to go to opioid or any bad pain killers."

Levy owns Green Angel CBD, a wholesaler whose clients are mostly sick people who use the hemp for pain management. The shipment was sent out by a Vermont farm/ But FedEx tipped off the police. Not only was the hemp seized, but Levy's brother was arrested when he was told to police to come pick up the package.

"I've never been arrested before or seen the inside of a jail cell," said Ronen Levy. "Then going through central booking and being treated like a criminal."

Levy showed us copies of the documents contained in the shipment that is proof of legal hemp. PIX11 reached out to the Brooklyn District Attorney's office - they would only say the charges against Ronen Levy have not been dropped but would not say why and stated they could not comment further on an open case. It's no solace for Levy who still has six felony counts of marijuana possession on his record..

"I'm losing work, can't sleep people look at me like I did something wrong they label me as some kind of drug dealer," said Levy.