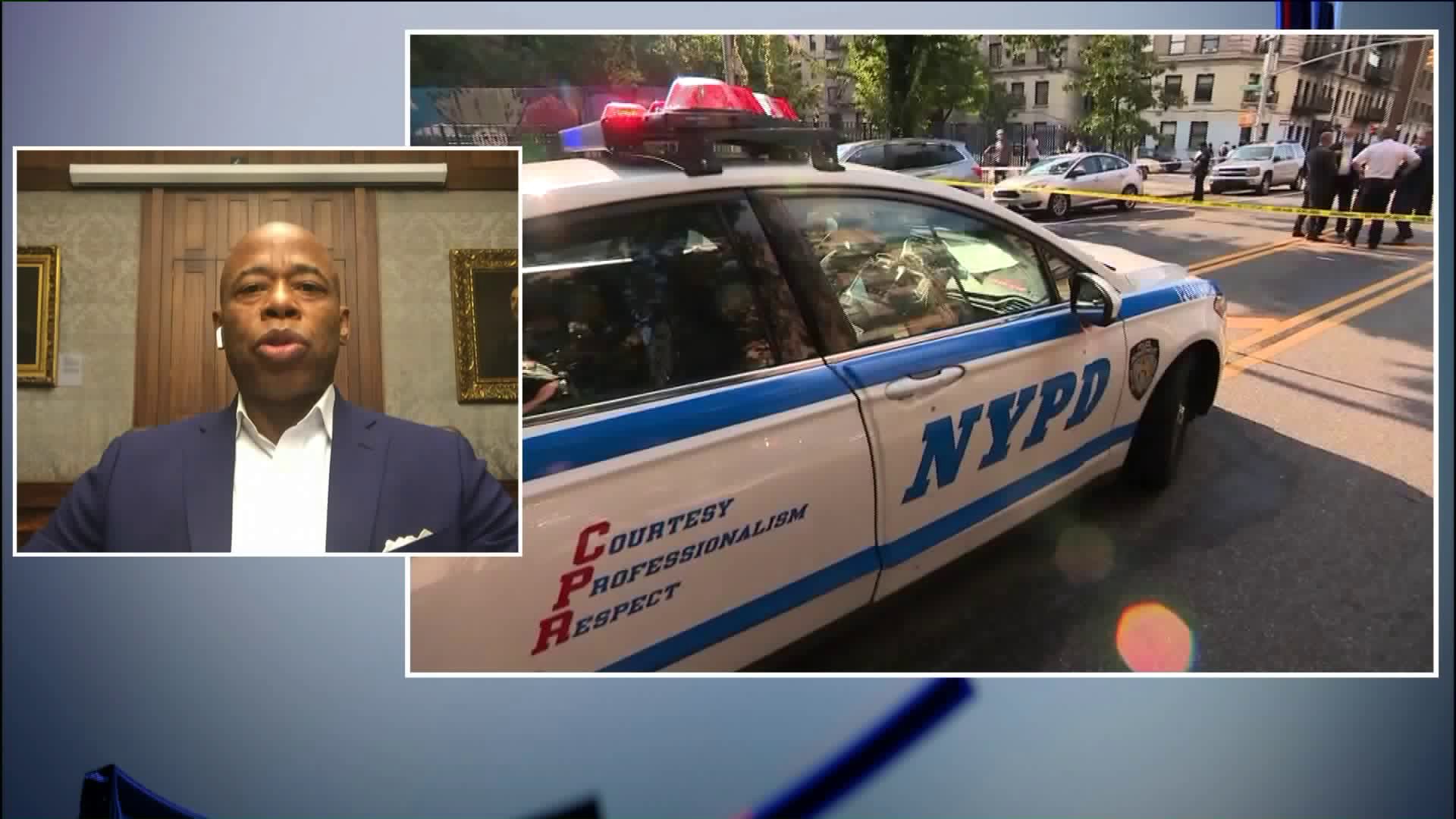 With a recent rise in shootings across the city, Brooklyn Borough President Eric Adams told PIX11 he believes some NYPD officers are behind an intentional slowdown in police response and arrests. Adams clarified that he does not believe it is all cops or a directive from Commissioner Dermot Shea.

NEW YORK CITY — Amid a rise in crime across New York City, Brooklyn Borough President Eric Adams is sharing his critiques of the NYPD's response.

Adams has recently accused the city and state of not doing enough to address the issue.

"We're seeing an uptick in violence, we're seeing a 39% decrease in arrests," Adams told PIX11's Dan Mannarino Thursday. "We're not seeing a real formidable plan deployed to deal with certain communities that are dealing with this violence."

The borough president said he and his office have heard from citizens that police are not responding to calls or are taking longer than expected to respond.

Adams, a former NYPD captain, said he has even received calls from officers alleging a slowdown in policing.

He said he reached out to the department in July asking for an inquiry into the allegations but never got a response.

Adams told Mannarino that he does believe there are "a number of police officers" behind an intentional slowdown, possibly as a response to actions of politicians and leaders they don't agree with.

He has now teamed with Bronx Councilman Ritchie Torres to call on the city's Department of Investigations to look into the issue.

"Citizens must have confidence in their police department," Adams said.

The Brooklyn leader then turned his attention to cops who might be behind a possible slowdown.

"You still have an obligation to go out there every day and protect the people of New York...If there is a slowdown, you're not only endangering the public, you're endangering your colleagues," he said.