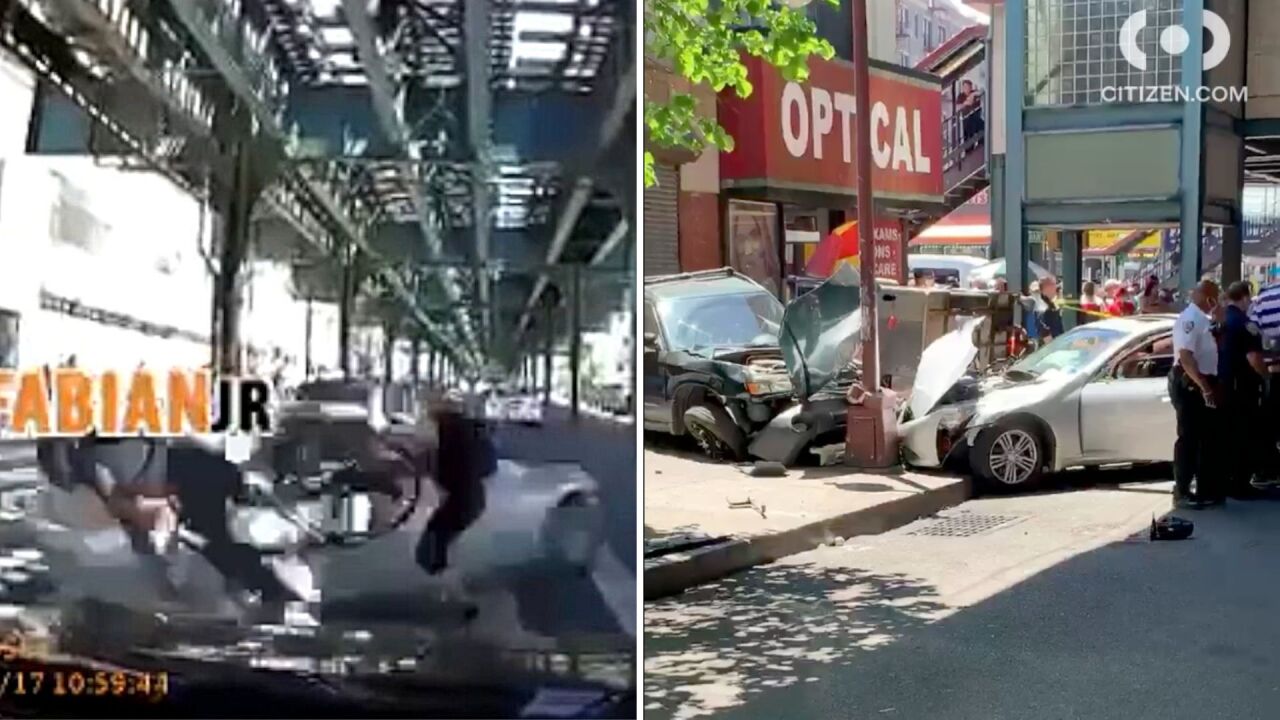 @jofabianjr on Instagram / Citizen App
Shocking video shows the moment a car sped through a busy Bronx intersection Wednesday, June 17, 2020, plowing through pedestrians crossing before slamming into parked cars and a food cart.

FORDHAM MANOR, the Bronx — A driver is facing numerous charges after his car sped recklessly through a Bronx intersection Wednesday, plowing through pedestrians and slamming into parked cars and a food cart, police said.

Shocking video of the incident shows the moment pedestrians and a cyclist were crossing the street at the intersection of Jerome Avenue and East Fordham Road, at just about noon, when the speeding car, seemingly out of nowhere, turns through the intersection without caution before crashing.

Warning: Some readers may find the below video disturbing.

Six pedestrians were struck, according to the NYPD. Despite the shocking footage, police said the victims sustained only minor injuries, such as abrasions and contusions.

According to police, Bronx man Kevin Crosby, 43, was arrested for the dangerous crash.

Crosby was hit with multiple charges, including aggravated vehicular assault, reckless endangerment, reckless driving and leaving the scene of an accident.