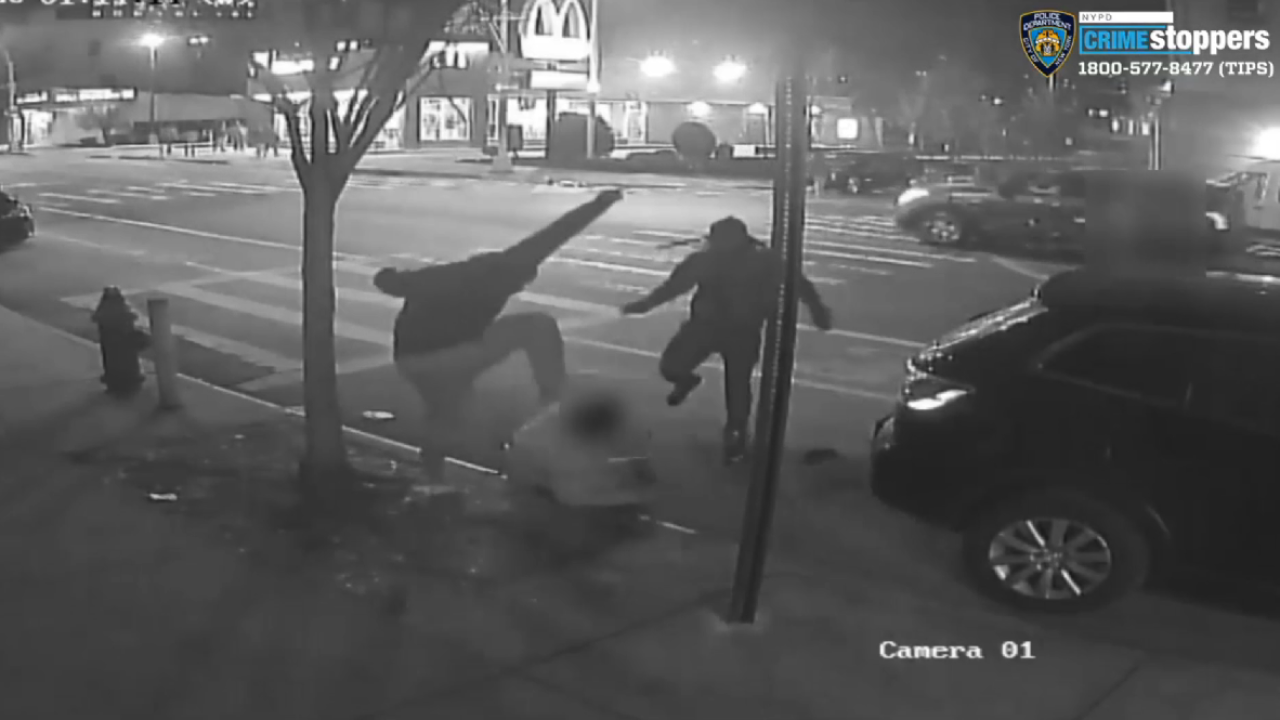 A 60-year-old man was beaten and robbed in the Bronx.

The victim was on Third Avenue near East 164th Street with a 29-year-old man when a group of people demanded their property, officials said. The victims refused.

Video shows the attackers throw a man to the ground. The victims were punched, kicked and stomped on. At one point an attacker brandishes what appears to be a garbage can.

The attackers took $1 from the victims.

The 60-year-old man was critically injured, police said. He was rushed to a local hospital for treatment. The younger victim refused medical attention at the scene.