VIDEO: Man dragged by car during robbery in the Bronx 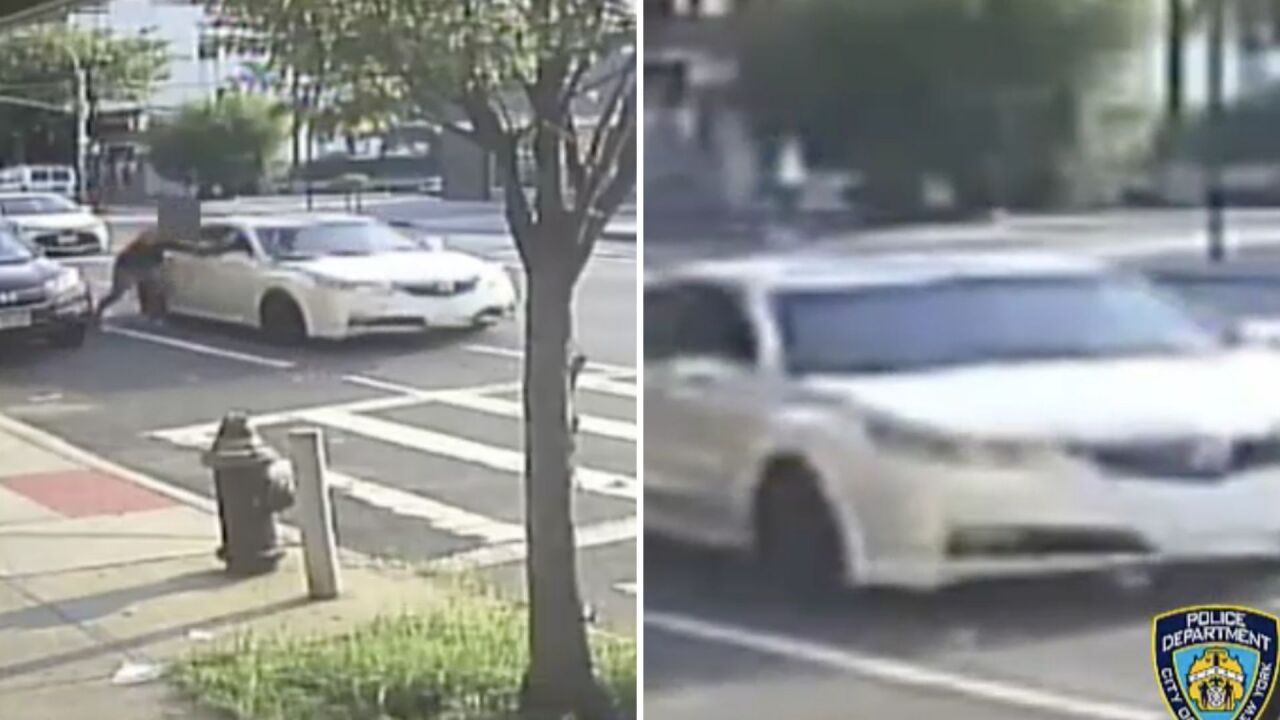 NYPD
Police are searching for the men who dragged another man with a car during a robbery in the Bronx.

MORRISANIA, the Bronx — Police are searching the suspects involved in a robbery where a man was dragged by a vehicle several blocks in the Bronx earlier this month.

It happened on Aug. 10 just before 6 p.m. in the vicinity of Third Avenue and East 164 Street in Morrisania.

The 44-year-old victim arranged to meet with another person to sell a black and white Kenzo wallet through the “Let It Go” app, according to a police report.

A man arrived at the location in a white sedan, and the victim approached the vehicle’s passenger side, police said.

The front seat passenger of the vehicle grabbed the wallet and the victim’s bag, which contained medicine and $50.

They drove off with the victim’s arm trapped inside the vehicle, according to police.

The victim was dragged for several blocks as the vehicle passenger repeatedly punched him, authorities said.

The driver then displayed a firearm, prompting the victim to let go of the vehicle, hitting the ground.

He was taken to the hospital for non-life-threatening injuries and was later released.