Unrest in the Bronx: Fires, looting, violence and more overnight 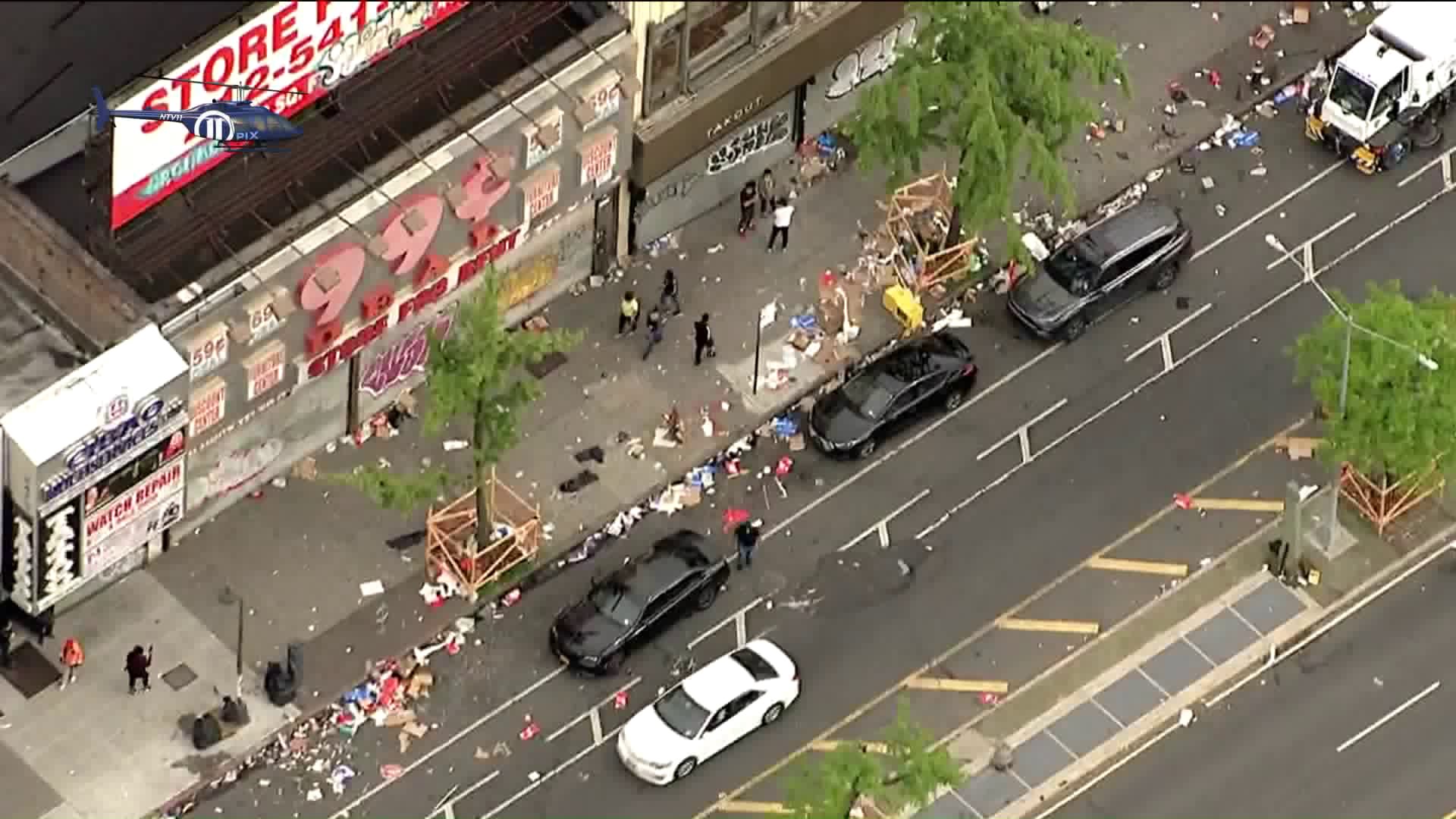 Bronx Borough President Ruben Diaz Jr. said the looting and violence perpetrated in the name of George Floyd and all those before him “goes against the spirit of these rallies.” 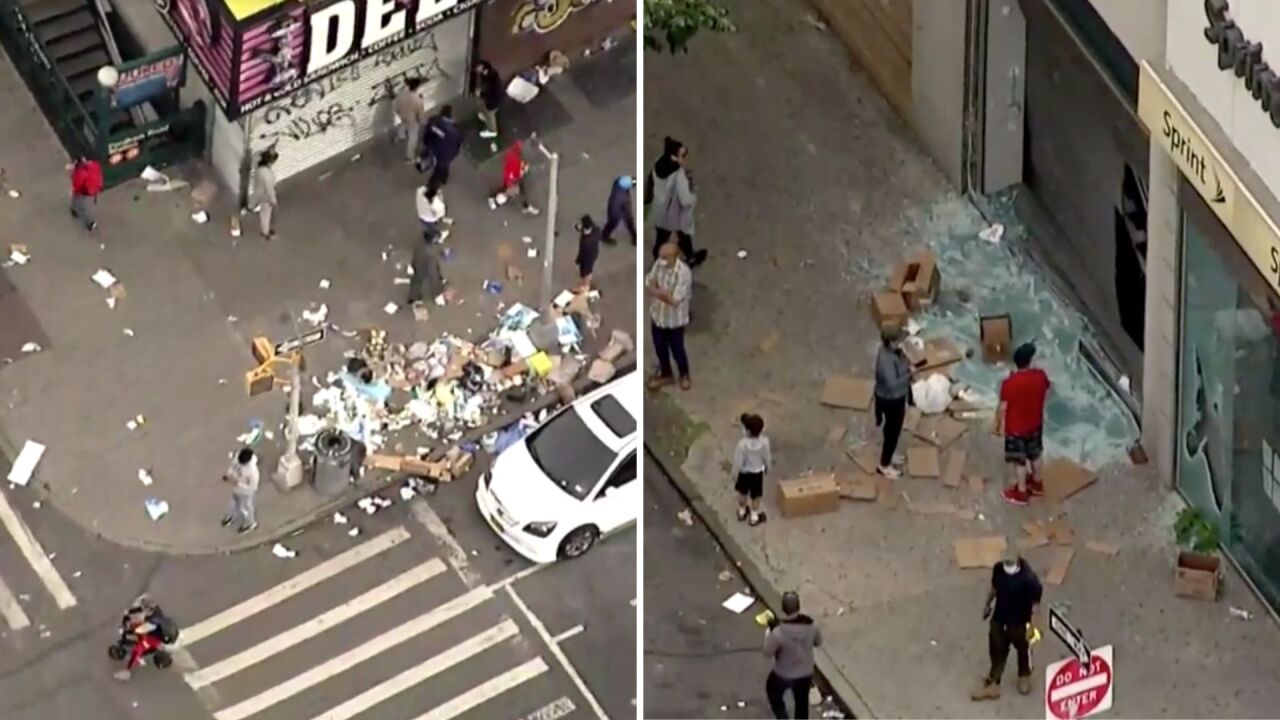 THE BRONX — Despite predominantly peaceful protests continuing across New York City during the day Monday, the city's new curfew did not deter looting and destruction from spreading to the Bronx as night fell.

While much of the looting has been at big stores and chains in Manhattan and Brooklyn, small businesses in Bronx communities of color became targets overnight.

"What happened on Fordham Road last night was not a protest," Diaz said, calling the mayhem "unacceptable" and "unlawful."

Videos posted on social media Monday night show large trash fires burning along Fordham Road, some right in the middle of the street.

"I am deeply distressed by the burning of Fordham Road," Bronx City Councilman Ritchie Torres lamented on Twitter Tuesday morning.

I am deeply distressed by the burning of Fordham Road, which I saw first-hand. You would have to live in a morally inverted universe to think that racial justice is served by burning down communities of color. It never has been and never will be. https://t.co/GHe3r98oR4

Witnesses in the Fordham area posted video of business owners trying to clean up after being broken into and looted.

So they brought the looting to Fordham pic.twitter.com/U39l8FlYOs

They hit the pawn shop on #fordham pic.twitter.com/pZSaBs9qz7

Warning: The below video contains language some readers may find offensive.

While out in his community Tuesday morning Councilman Torres posted photos from Burnside, saying the neighborhood's conditions were "comparable or worse" than Fordham, "with far less cleanup.

Out in the field. Even though Fordham Road has drawn the most public attention, the conditions on Burnside are comparable or worse, with far less cleanup. Here is a just glimpse of what I saw at and near a local pharmacy: pic.twitter.com/w0KGkovaMB

Things also turned violent in the Bronx as the night went on.

According to police, an NYPD sergeant was seriously injured in a hit-and-run in the Mount Eden section. Just before 1 a.m. the officer was struck by a black sedan that then fled the scene, officials said.

Earlier around 11 p.m., the Sergeants Benevolent Association, an NYPD union, shared a video on Twitter they said shows a police officer being brazenly attacked by multiple people. The location of the incident is not clear.

The NYPD told PIX11 they are aware of the incident and it is currently under internal review.

NYPD Cop attacked in the Bronx. I guess the critics will now say he overreacted. NYPD Cops defend yourselves, you are alone! pic.twitter.com/424w5bZbC6

AIR11 was over the Bronx Tuesday morning, showing some of the aftermath, including garbage strewn across streets and shattered store windows:

Monday marked the fifth day of protests in New York over the police custody death of Floyd in Minneapolis.

Despite an 11 p.m. curfew in New York City, looters and protesters clashed with police and caused extensive property damage across the city.