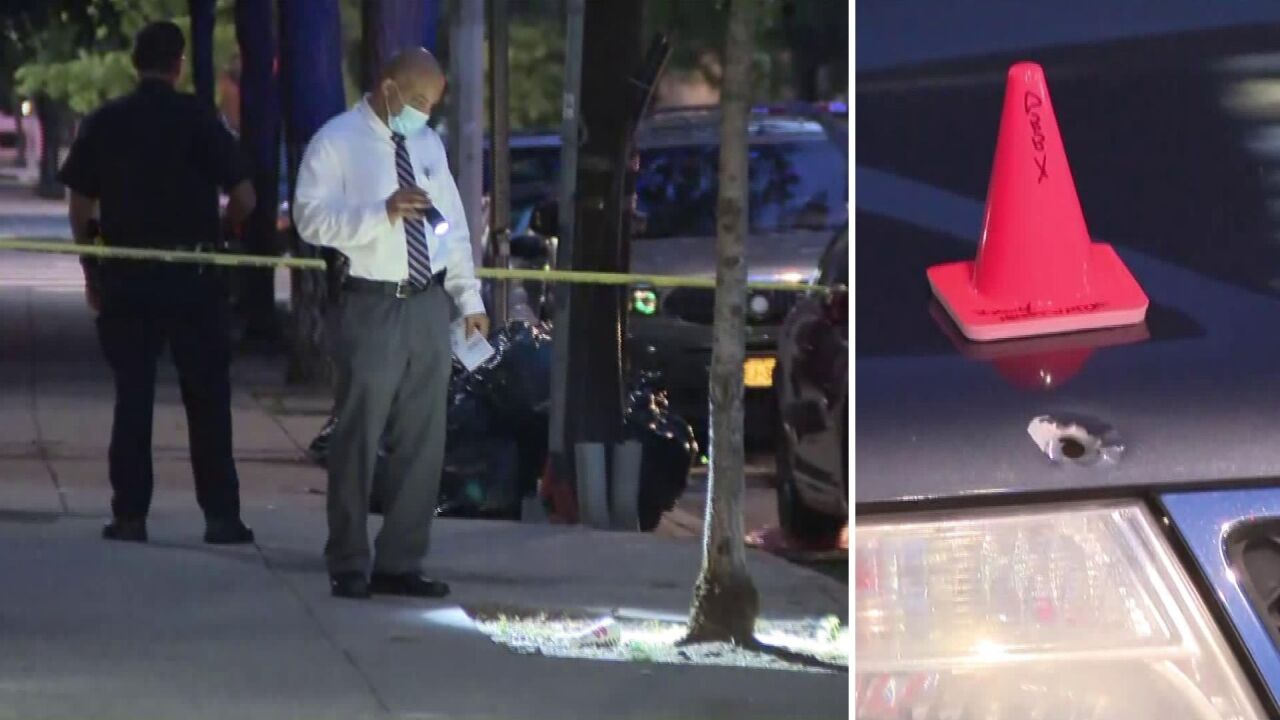 PIX11 News
Police investigate on the scene after a fatal triple shooting in the Crotona area of the Bronx early Friday, Aug. 21, 2020. One man was killed and two others wounded, police said.

THE BRONX — Two men were killed and two others wounded in two separate shootings early Friday in the Bronx, according to police.

Officials said the first deadly shooting occurred around 2 a.m. in the Crotona area.

Gunfire erupted as a large group was standing on the street near the intersection of East 179th Street and Clinton Avenue, police said.

A 60-year-old man was shot in the torso and pronounced dead at the scene, authorities said. His identity has not been released.

Multiple parked vehicles nearby has visible bullet holes as a result of the gunfire.

Just a few hours later, and just blocks away, another man was shot dead in the East Tremont section, police said.

After receiving a 911 call for a man shot, cops responded around 4:20 a.m. to the scene on Park Avenue, near East 178th Street.

Officers were told at the scene that a 44-year-old man had been shot in the back of the head and was rushed to a nearby hospital by private means.

The man was pronounced dead at the hospital, police said. His identity has not been released.

There have been no arrests in either shooting. The NYPD said the investigations are ongoing Friday morning.