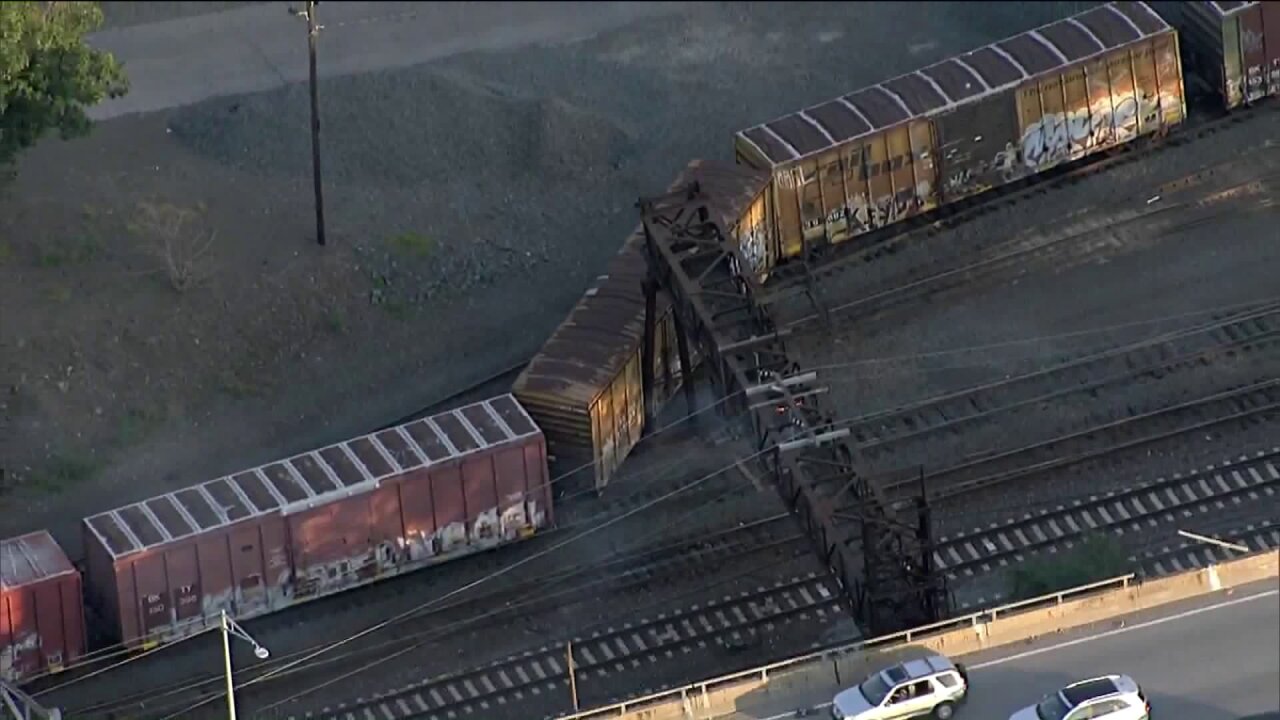 THE BRONX — A train derailment in the Bronx caused delays and an electoral outage on an Amtrak line Tuesday evening.

The incident took place at around 5:16 p.m., according to CSX. One of their trains derailed four train cars in their Oak Point rail yard. Three of the cars were empty.

No injuries were reported and no hazardous materials were involved.

One of the train cars struck a utility pole which caused an electrical outage to an Amtrak line, as well as delays to the Northeast Corridor line.

Eventually, Amtrak announced that all Northeast Corridor trains between New York and New Haven had been canceled.

"We appreciate the swift response of FDNY," a CSX spokesperson told PIX11 News. "CSX personnel are on site to assess the situation and we are working with local officials and Amtrak as we develop a recovery plan."