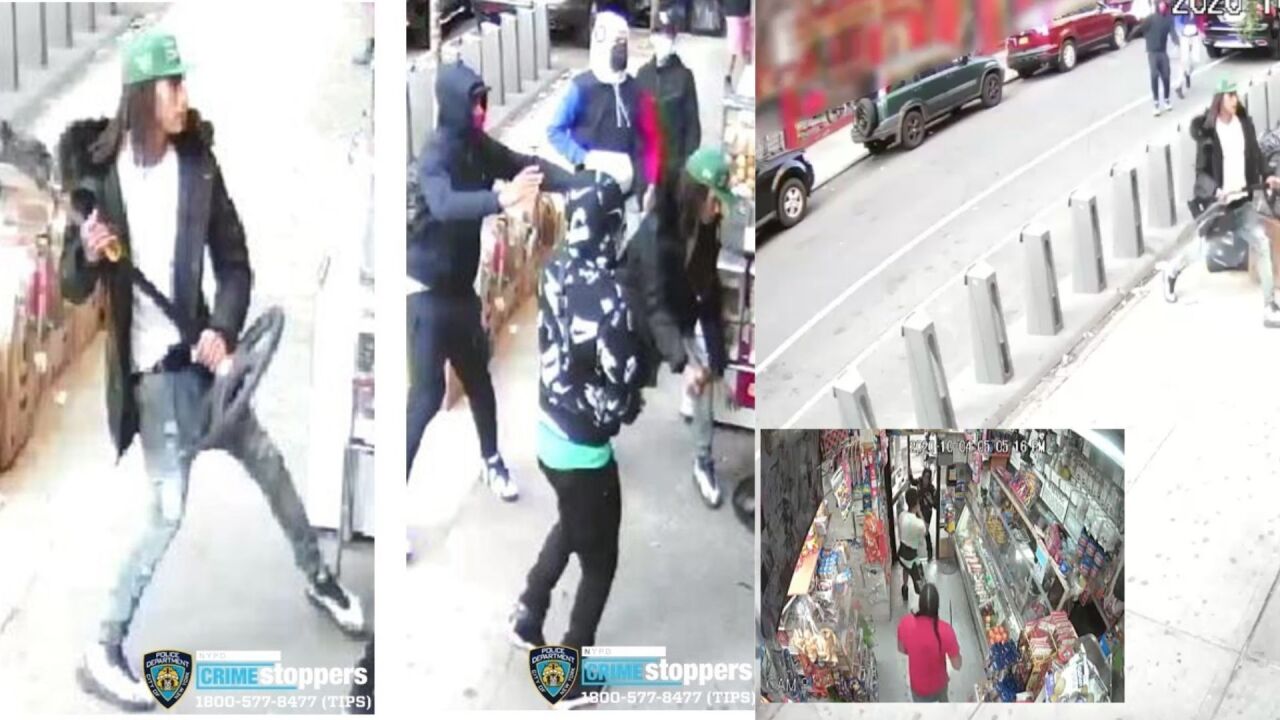 NYPD
Police are searching for eight males wanted in connection to an attack at a Bronx bodega.

CONCOURSE, the Bronx — Police are searching for eight men wanted in connection to an assault involving a machete at a Bronx bodega Sunday evening.

It happened at the Colorado Deli Food Corp. on Gerard Avenue in the Concourse section of the Bronx around 5 p.m.

A group of eight unidentified males chased two men into the bodega, according to police.

Video surveillance shows the group attempting to enter the bodega, but the two victims fought back. One of the victims was seen holding a machete while the other was holding a gumball machine.

Bronx machete attack: Police are searching for eight men wanted in connection to an assault at a bodega.

One of the victims, a 23-year-old man, suffered a laceration above his right eye. He was taken to the hospital for his injury.

The 23-year-old victim has known gang affiliations, a police source told PIX11 News. He had a knife and was involved in an altercation with the suspect moments before he ran into the bodega, the source said.

An association representing New York City bodega owners voiced concerns over the safety of bodega owners. Members of the UBA gathered at the organization’s headquarters to demand increased police presence on city streets.