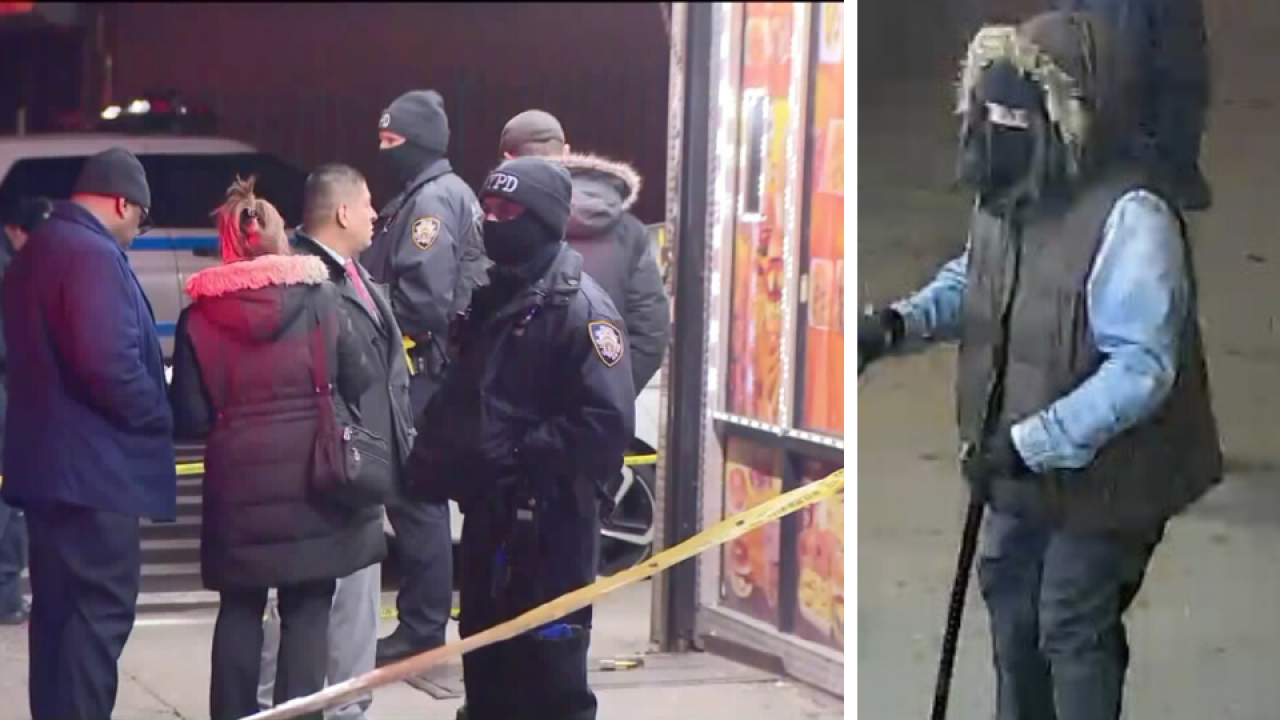 Police have asked for help identifying the man shown on the right. 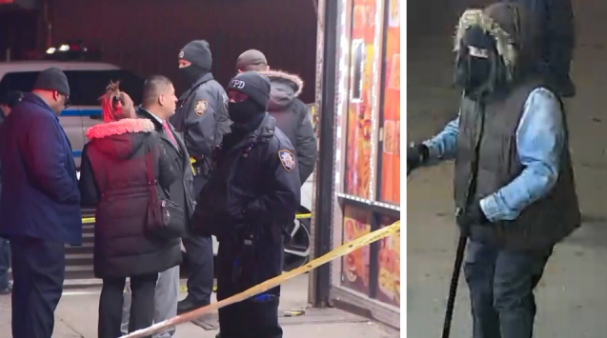 MOTT HAVEN, the Bronx — Police released a surveillance image Sunday of a masked man wanted in connection with the slaying of a Bronx deli worker.

Yahya Almuntser, 34, was killed by several gunshots to the torso on Friday. He was shot in the Brook Avenue deli where he worked.

Community members are offering a $10,000 reward for information leading to an arrest of the killer.

Almontaser was part of the Yemeni American community and recently became a US citizen.

"We are truly heartbroken that Yehya had just became an American Citizen, and is not going to have the opportunity to materialize that American Dream," Dr. Debbie Almontaser, co-founder of the Yemeni-American Merchant's Community, said.

Nothing was taken in the shooting, police said.

Almuntser had been arrested just a day before he was fatally shot for the criminal sale of marijuana, police said. Authorities have not confirmed whether the two incidents were connected.