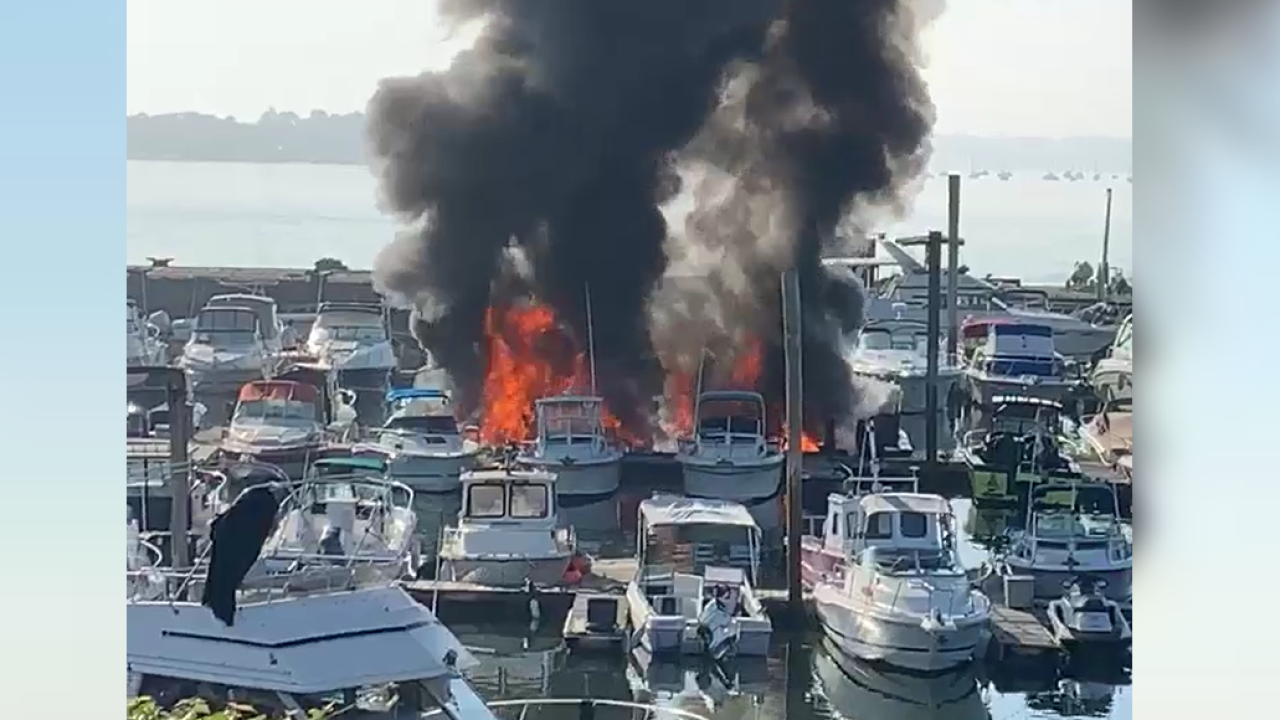 THE BRONX, N.Y. — Several boats were engulfed in flames at a Bronx marina Saturday morning, the FDNY said.

The department received a call about a fire at the Evers Marina docks on the coast of Eastchester Bay just before 8 a.m.

Video from the scene shows at least two boats engulfed in fire.

No injuries have been reported so far, according to the FDNY.

There’s no word yet on the cause, a fire official said.