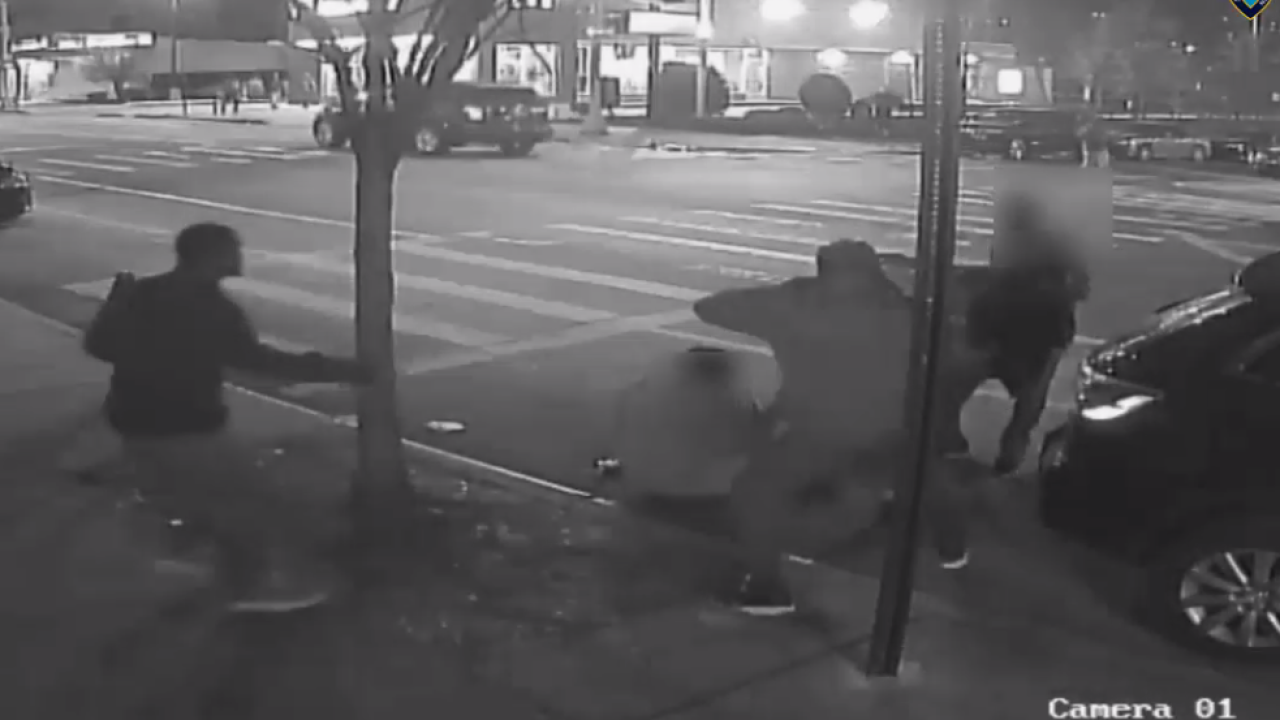 Police are searching for the group of men seen on surveillance video attacking a 60-year-old man, robbing him of $1. The victim died three days later.

THE BRONX — Police made another arrest in connection to the fatal Christmas Eve robbery of a 60-year-old man in the Bronx.

A 15-year-old boy was arrested Monday afternoon, police said. He faces charges of second-degree murder and gang assault in the first and second-degrees.

Fresnada and his husband, Bayron Caceras, were approached by a group who demanded their property just before 1:30 a.m. on Christmas Eve, authorities said.