Robbers beat man in the Bronx, take his phone and headphones 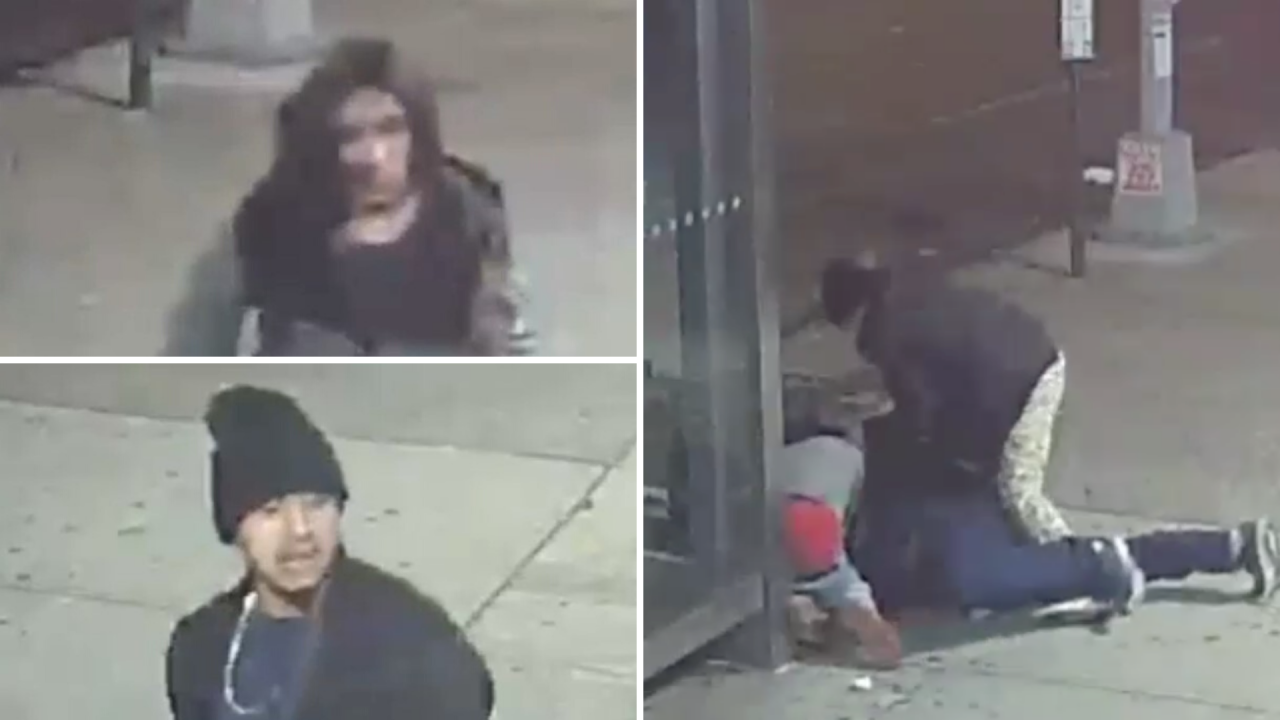 Police have asked for help identifying them. (NYPD)

LONGWOOD, the Bronx — Robbers attacked a man in the Bronx, knocking him to the ground, newly-released surveillance video shows.

The 28-year-old victim was on East 163rd Street near Simpson Street on Feb. 4 when a man came up from behind and punched him in the face, police said. The victim fought back and slammed his attacker into a bus shelter, but he was knocked to the ground when a second robber attacked.

Video shows him being punched and held down.

The men took the victim's phone and headphones before they fled westbound on Simpson Street.

Police have asked for help identifying the men, who are both believed to be in their 20s. They're also both about 5 feet, 7 inches tall and both weigh around 150 pounds. One man was last seen wearing a black knit cap, a black jacket, a dark colored shirt, light colored pants and black sneakers. The other man was last seen wearing a black and gray sweater, blue jeans and yellow work boots.