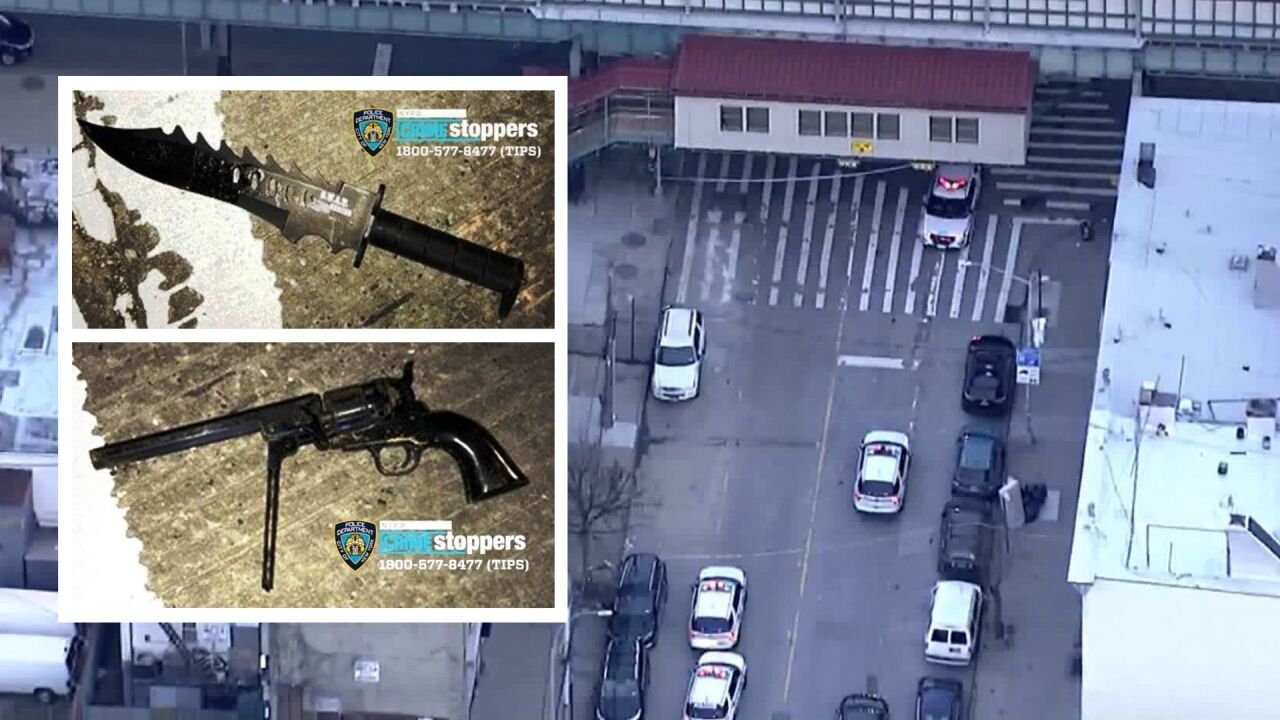 NYPD/AIR11
Weapons recovered from scene after an armed man was shot by NYPD officers after he refused to drop his weapons and approached them on Wednesday, April 1, 2020, police say. 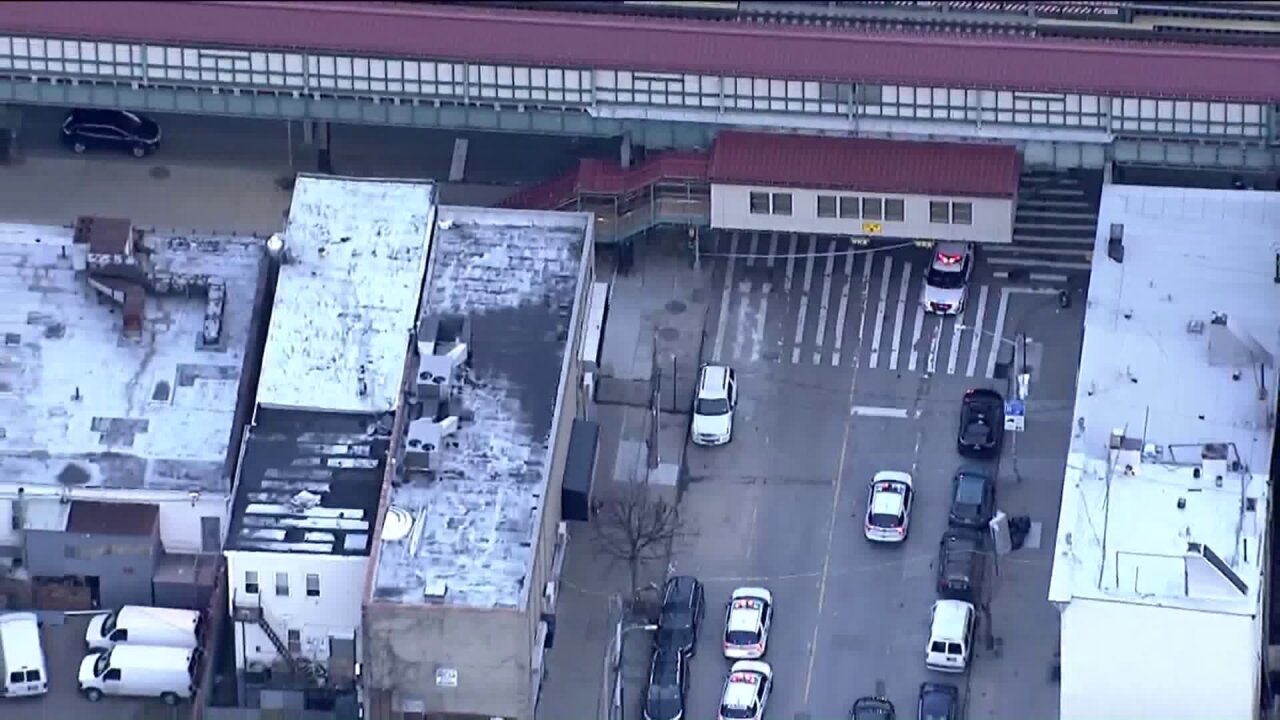 PARKCHESTER, the Bronx — An armed man was shot by police officers in the Bronx early Wednesday morning when he refused to drop his weapons as he approached the cops, the NYPD said.

According to police, the two officers responded to a 911 call of a man with a knife around 4 a.m. near the intersection of Westchester and Zerega avenues in the Parkchester section of the borough.

Upon arrival, the officers encountered a 55-year-old man armed with a knife and what appeared to be a firearm, officials said.

According to police, the man refused numerous verbal commands to put down his weapons.

The man continued to approach the officers at which point they both discharged their weapons, shooting the man in the torso, according to the NYPD.

According to law enforcement sources, authorities believe the man wanted to be shot by police because he has COVID-19. After the shooting the suspect told cops he tested positive for the novel coronavirus, sources said.

The man was taken to a nearby hospital in what police described as stable condition. Law enforcement sources said he was given a COVID-19 test at the hospital, the results of which are pending.

The man, identified Thursday as Ricardo Cardona of the Bronx, now faces charges including attempted assault on a police officer, criminal possession of a weapon and menacing a police officer.

Police said two weapons were recovered from the scene, a knife and a BB gun.

The two officers were not injured but were taken to another nearby hospital as is protocol for officer-involved shootings.