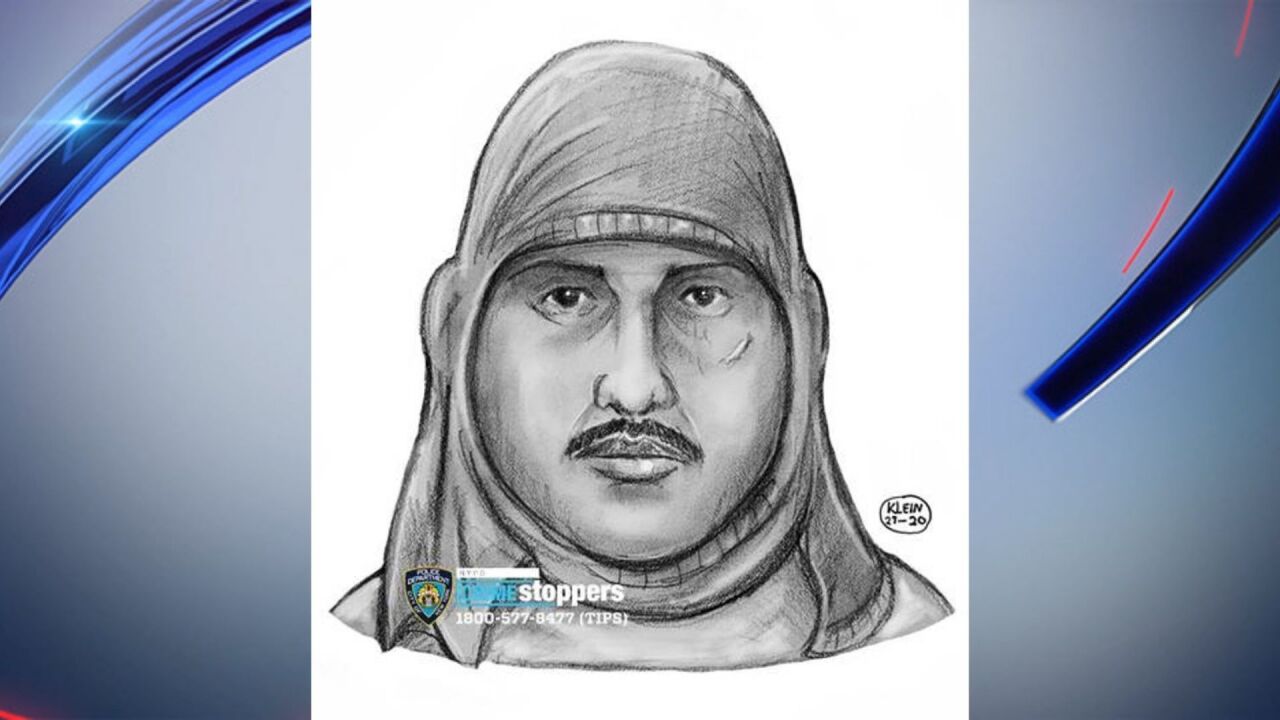 NYPD
Police are looking for a man who inappropriately touched a 9-year-old girl in a sexual manner while she was inside a Bronx park with her mother on Oct. 5, 2020, according to the NYPD

LONGWOOD, the Bronx — Police released a sketch Saturday of a man wanted for inappropriately touching a 9-year-old girl inside a Bronx park earlier this week.

The victim was riding a bike inside a Longwood park near Westchester and Whitlock avenues around 9:15 p.m. Wednesday when a man walked over, grabbed the girl in a sexual manner and then ran off, police said.

The girl’s mother was inside the park at the time, according to police.

She was taken to a hospital, where she was treated and released.

Police described the suspect as a man with a scar under his left eye. He’s about 5'6" tall, 160 lbs. and has a mustache, authorities said.