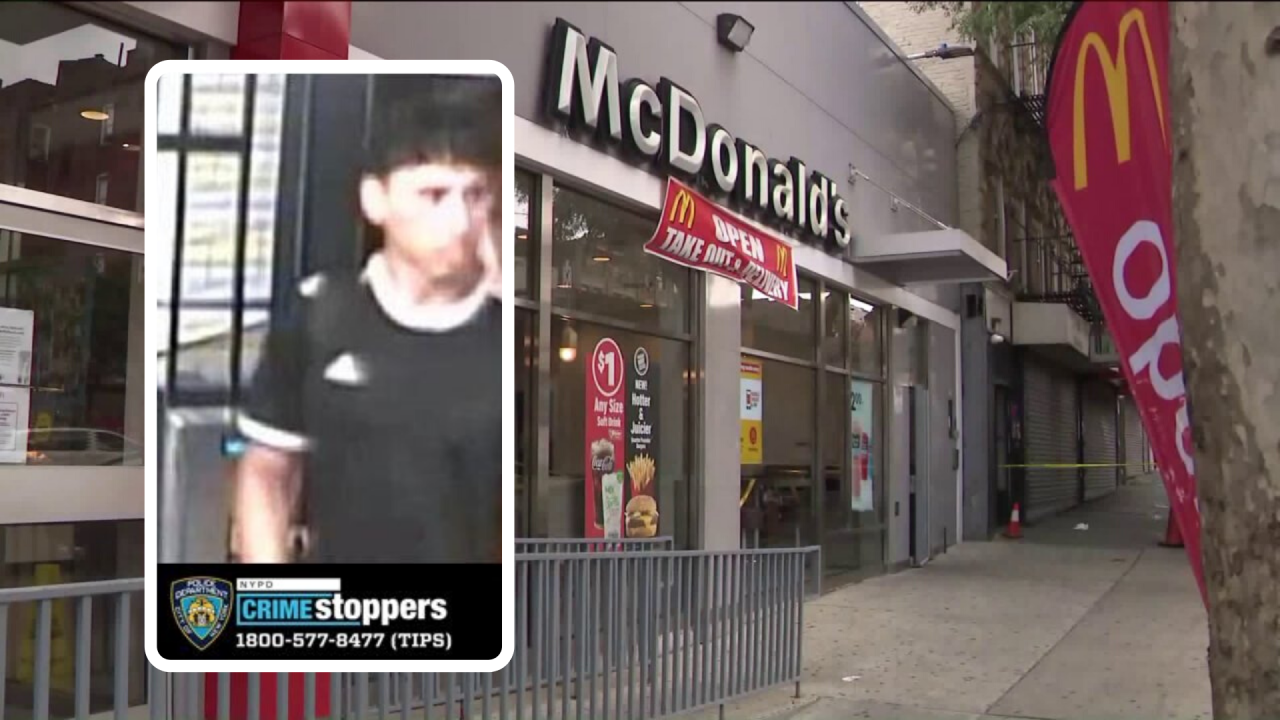 Police released this image of an individual wanted for questioning in relation to the death of a man found atop a Bronx McDonalds, July 22, 2020.

MELROSE, the Bronx — Police released a new image of an individual sought for question in the death of a man whose body was found on the roof of a Bronx McDonald's

Authorities found Richard Hamlet's body wrapped in a plastic bag on the roof of the McDonald's at 279 East 149th St. in the Melrose section of the Bronx.

On Wednesday, police officially ruled the man's death a homicide, and released an image of a third suspect.

In charging documents, a police detective said Stamoulis and one of the accomplices moved the 65-year-old victim's body to the roof of the fast food joint roof after breaking into his apartment across the street and killing him there.