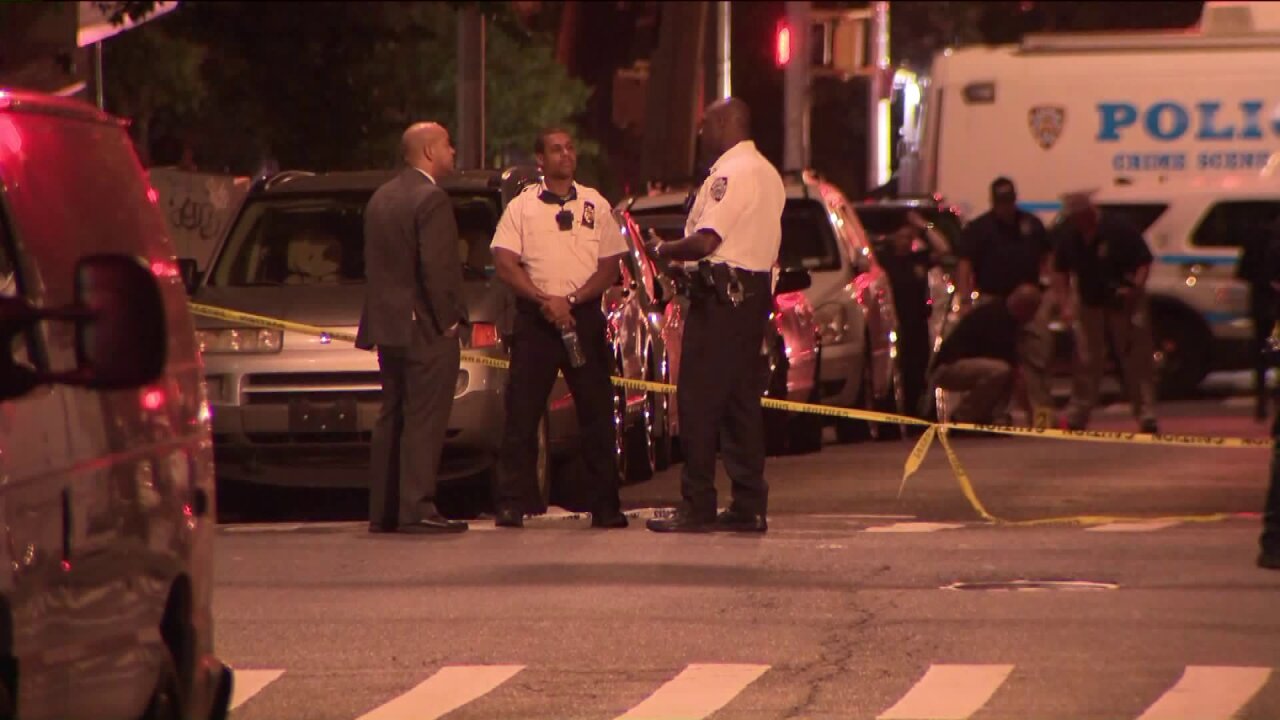 PIX11 News
Scene in the Bronx after an off-duty police officer exchanged gunfire with an unknown man who first fired shots in the officer's direction after a dispute, according to the NYPD.

CHARLOTTE GARDENS, the Bronx — An off-duty police officer returned fire after being shot at by an unknown man in the Bronx early Tuesday, according to the NYPD.

Police said it happened just after 1 a.m. on Jennings Street, between Bryant and Longfellow avenues in the Charlotte Gardens neighborhood.

According to officials, the off-duty officer, who was not in uniform, was parking his car when he got involved in a verbal dispute with a group of five or six people across the street from where he was parking.

Soon after, a masked man riding a bicycle took out a gun and opened fire in the direction of the off-duty cop, before the group fled, police said.

The officer took out his weapon and returned fire, letting off about two rounds, the NYPD said.

No one was injured as a result of the incident and no arrests were made, officials said.