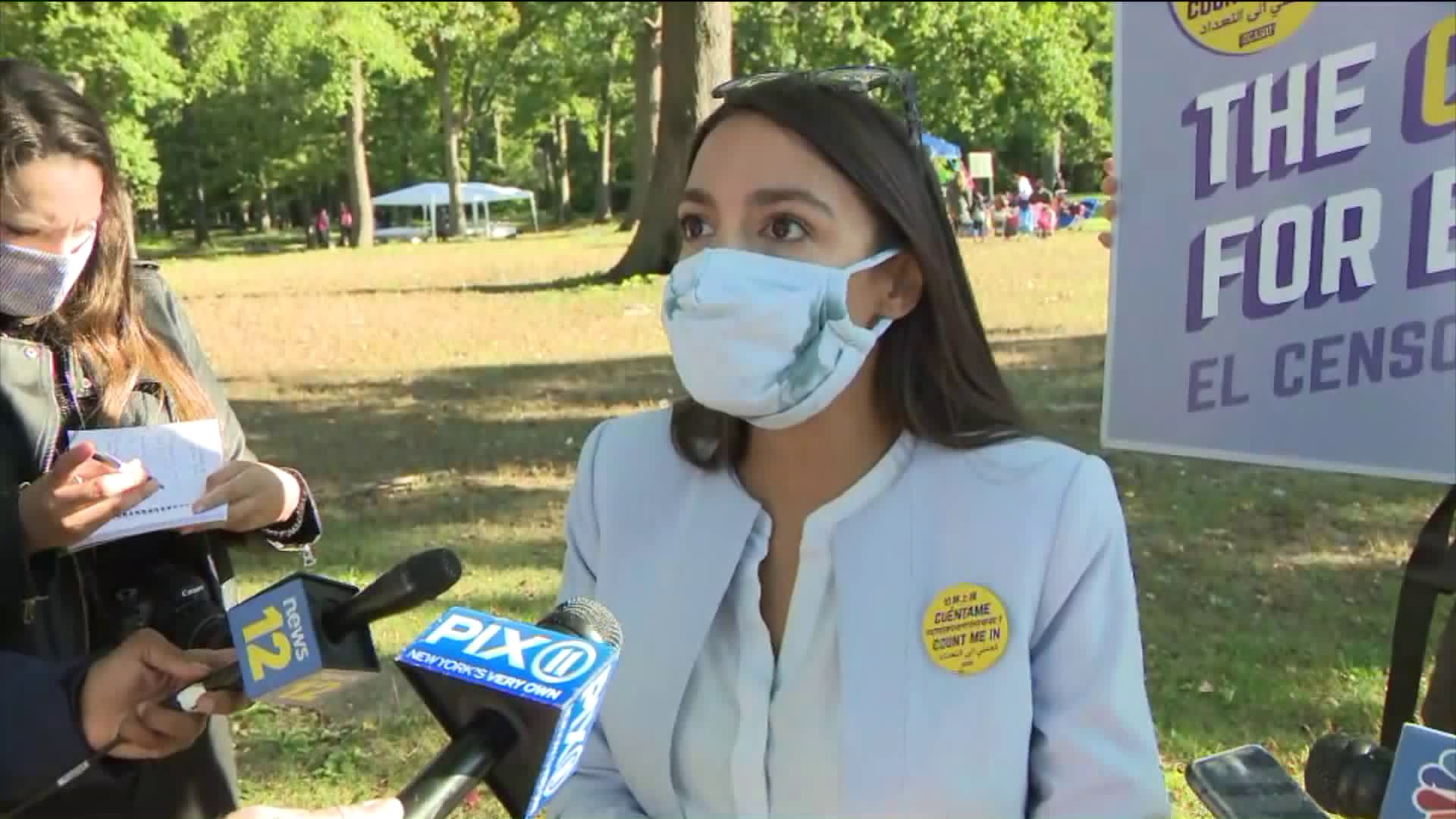 PELHAM BAY, the Bronx — Rep. Alexandria Ocasio-Cortez was out in Pelham Bay Park in the Bronx Saturday, urging residents of her district to fill out the census.

Ocasio-Cortez and her team handed out backpacks to kids and urged their parents to fill out the census. She says it is so important because census information translates to federal tax dollars. Tax dollars that go to schools and to fix roads.

Traditionally, her district — the 14th Congressional District in New York — is way under counted. If that continues, the district will lose out on tax dollars for the next 10 years. The next census isn’t until 2030.

Ocasio-Cortez says in no way should people be afraid to fill out the census.

“There has been a lot of misinformation about the census that has gone on for the last one to two and as a consequence, a lot of families are afraid to fill it out," she said. "Two key things to know is that there are no immigration questions and no questions about your citizenship on the census.”

Ocasio-Cortez says census information is completely confidential and it is illegal for the census bureau to share personal information with any federal or local agencies.

The census deadline is fast approaching.The last day to fill it out is Sept. 30.