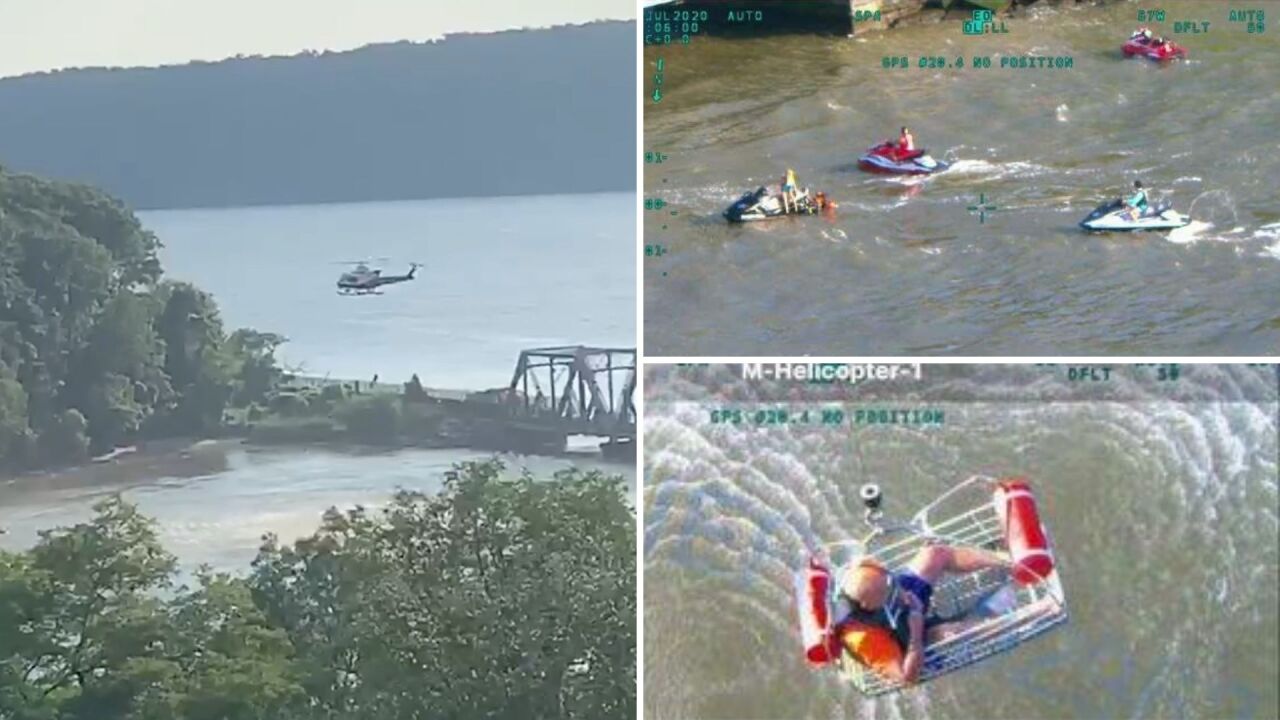 NYPD; NYPD Sepcial Ops on Twitter
The NYPD's Special Ops team came to the rescue of an injured jet skier stranded in the Hudson River on Saturday evening, July 26, 2020, according to police.

SPUYTEN DUYVIL, the Bronx — Members of the NYPD's Special Operations team worked together to rescue an injured jet skier stranded in the Hudson River off the Bronx Saturday evening, according to police.

The dramatic rescue operation happened around 7 p.m., according to a tweet from the NYPD Special Ops account.

SCUBA officers first came to the aid of the injured jet skier in the water where the Hudson turns into the Spuyten Duyvil Creek, between Manhattan's Inwood neighborhood and Spuyten Duyvil in the Bronx.

The aviation team also responded and SCUBA officers assisted in the MedEvac of the jet skier to an NYPD chopper hovering above.

The injured man was then airlifted to a nearby hospital for treatment of minor injuries, police said.

The NYPD tweeted video of the rescue Saturday night:

Our highly trained @NYPDSpecialops officers prepare for the worst situations, so when the call comes, they’re ready.

Today, Scuba officers rescued an injured jet ski operator stranded in the Hudson River. He was then airlifted to a nearby hospital and treated for minor injuries. pic.twitter.com/lOqgvZljr7