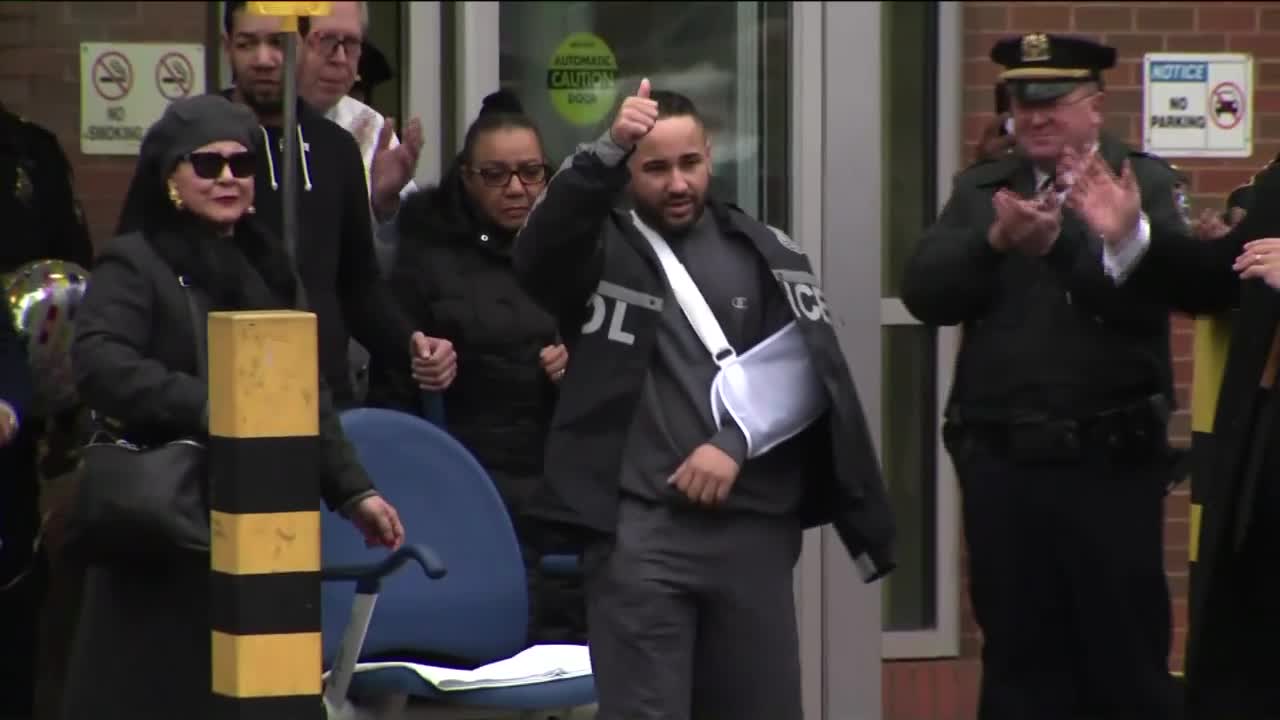 NYPD Lt. Jose Gautreaux waves a thumbs up as he walks out of a Bronx hospital Monday morning. The cop was shot in the arm Sunday morning when a man walked into his Bronx station house and opened fire.

MOTT HAVEN, the Bronx — An NYPD lieutenant was released from the hospital Monday morning just a day after he was shot inside his Bronx station house.

Lieutenant Jose Gautreaux gave a thumbs up and was met with applause from this brothers and sisters in blue as he walked out of Lincoln Medical Center Monday, his arm in a sling.

Gautreaux was shot in the arm just before 8 a.m. Sunday when an armed man walked into the 41st precinct station house and opened fire, officials said.

Just 12 hours earlier, the same suspected gunman shot NYPD Officer Paul Stroffolino in the neck and chin as he sat in a police van in the Bronx Saturday night, according to authorities.

Officer Stroffolino was released from the same Bronx hospital Sunday.