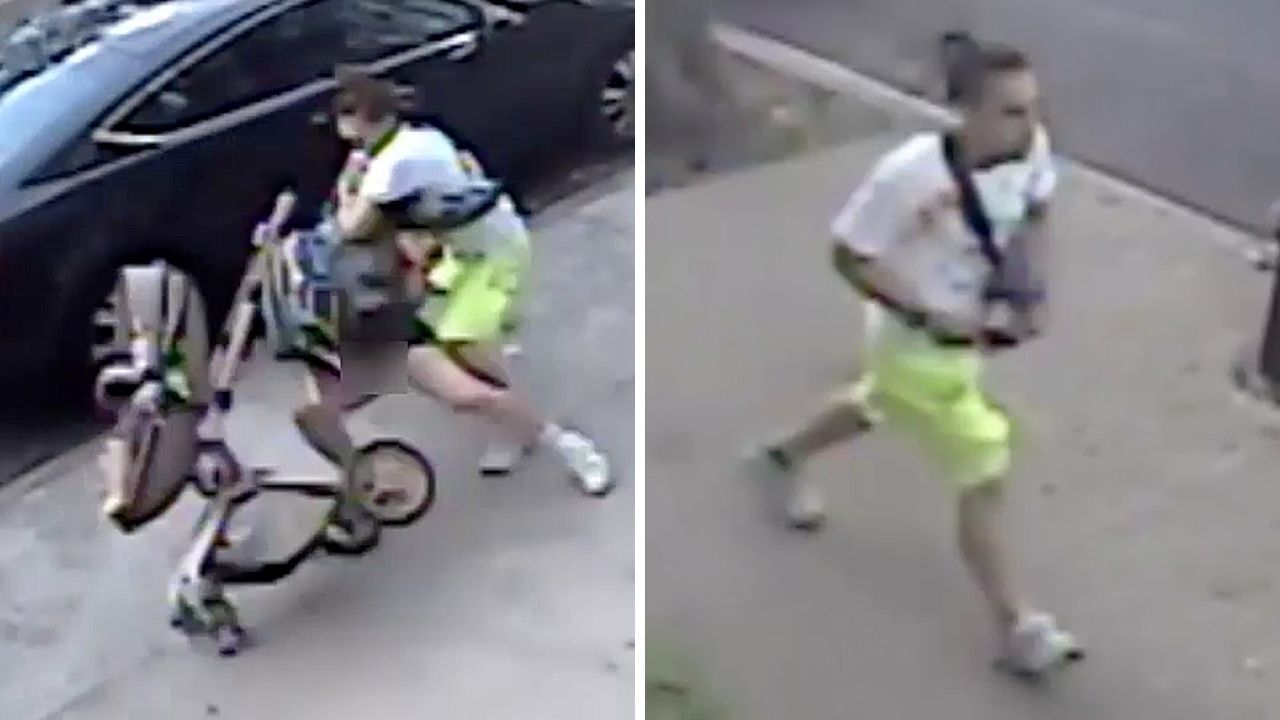 NYPD
Surveillance images of a man who police say attacked his ex-girlfriend, choking her and stabbing her, as she walked with their infant son on a Bronx street on Tuesday, July 14, 2020.

KINGSBRIDGE HEIGHTS, the Bronx — NYPD officers arrested a 25-year-old Manhattan man accused of choking and stabbing his ex-girlfriend as the woman pushed her infant son in a stroller in the Bronx.

Police charged Carlos Gonzalez on Tuesday with attempted murder in connection with the July 14 attack. Video showed his 21-year-old ex-girlfriend pushing their infant son in his stroller along Sedgwick Avenue in the Kingsbridge Heights area of the Bronx that day.

Gonzalez and the woman argued, police said. The argument escalated and Gonzalez allegedly lunged at the woman putting her in a chokehold and dragging her, as well as the baby in the stroller, to the ground. Gonzalez is accused of repeatedly stabbing the woman before he left.

SHOCKING VIDEO: Police looking for man they say choked, stabbed ex-girlfriend as she walked with infant son in the Bronx