NYC, state to provide relief for businesses impacted by looting 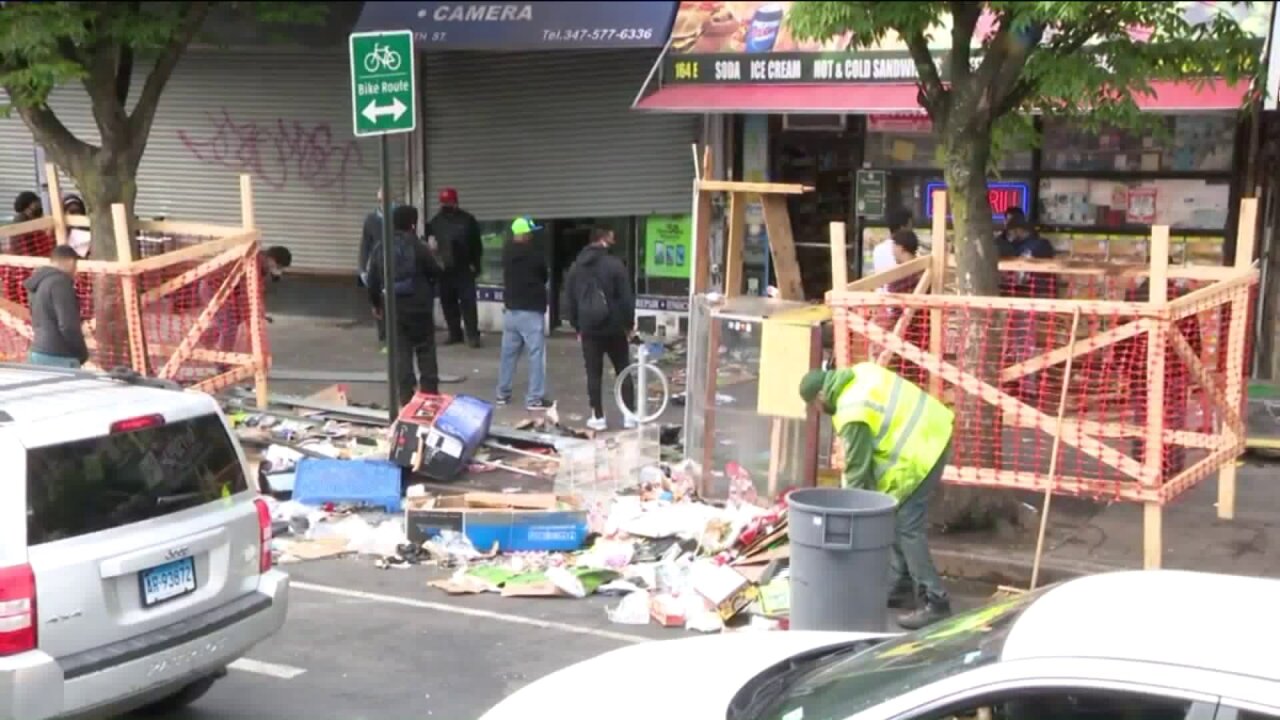 Businesses in the Bronx were broken into after a night of looting amid protests.

NEW YORK — New York officials announced relief and assistance will be provided to businesses that have been impacted by recent looting and destruction amid protests against police brutality.

New York City Mayor Bill de Blasio discussed the small Bronx businesses that were broken into amid nights of mayhem during his daily briefing.

“We have small businesses owners fighting back, we have community residents cleaning up the streets,” he said.

The mayor announced the NYC Mayor’s Fund has secured $500,000 in initial funds thanks to the SOMOS Community Care organization to help support small businesses in the Bronx.

A Business Emergency Grant Program will also be available, where grants of up to $10,000 per business will be given to help with recovery including providing assistance in repairs, security systems and locks.

In addition to de Blasio’s announcement, Gov. Andrew Cuomo also announced relief will be given to businesses impacted by looting.

Beginning Thursday, the state would direct insurers to expedite claims for businesses that were looted, provide free mediation to disputes and accept photos showing reasonable proof of loss so businesses don’t have to wait for police reports.

For more information, business owners can visit the Department of Financial Services’ website.

Though statewide protests were mostly peaceful, officials noted there were several instances where violence and destruction were displayed.