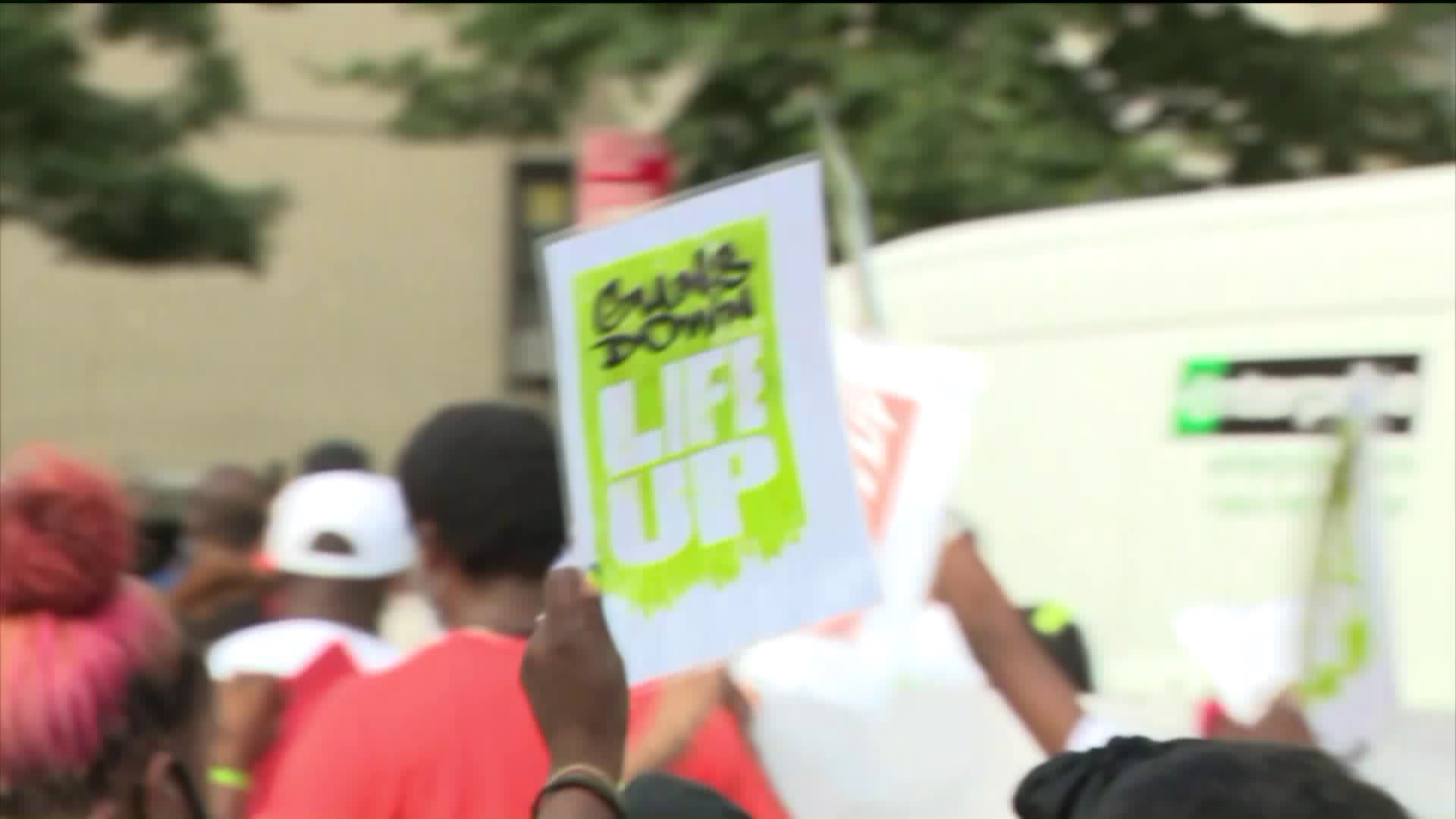 Rallies to stop violent crime aren't slowing down across NYC.

SOUTH BRONX — On a sweltering hot summer day, the South Bronx community came together Thursday, including residents, police officers, clergy and elected officials, marching to end gun violence in a place that's seen far too much of it this summer.

Brandon Hendricks, 17, was senselessly shot and killed last month. Police said he was not the intended target. His mother was among those marching

"This is how I get my anger and my grief out, to let someone else know," said Eve Hendricks. "This is not right. This really hurts."

The march started on Morris Avenue by Mott playground. It was organized by Bronx District Attorney Darcel Clark.

"People need to know that we need to take back our communities from this gun violence. We need their help to solve these shootings and these murders," said Clark.

The community gathering comes as the nation is having a complicated discussion about both police reform and gun violence.

There have been a number of high profile arrests in recent days, including one in the death of Hendricks.