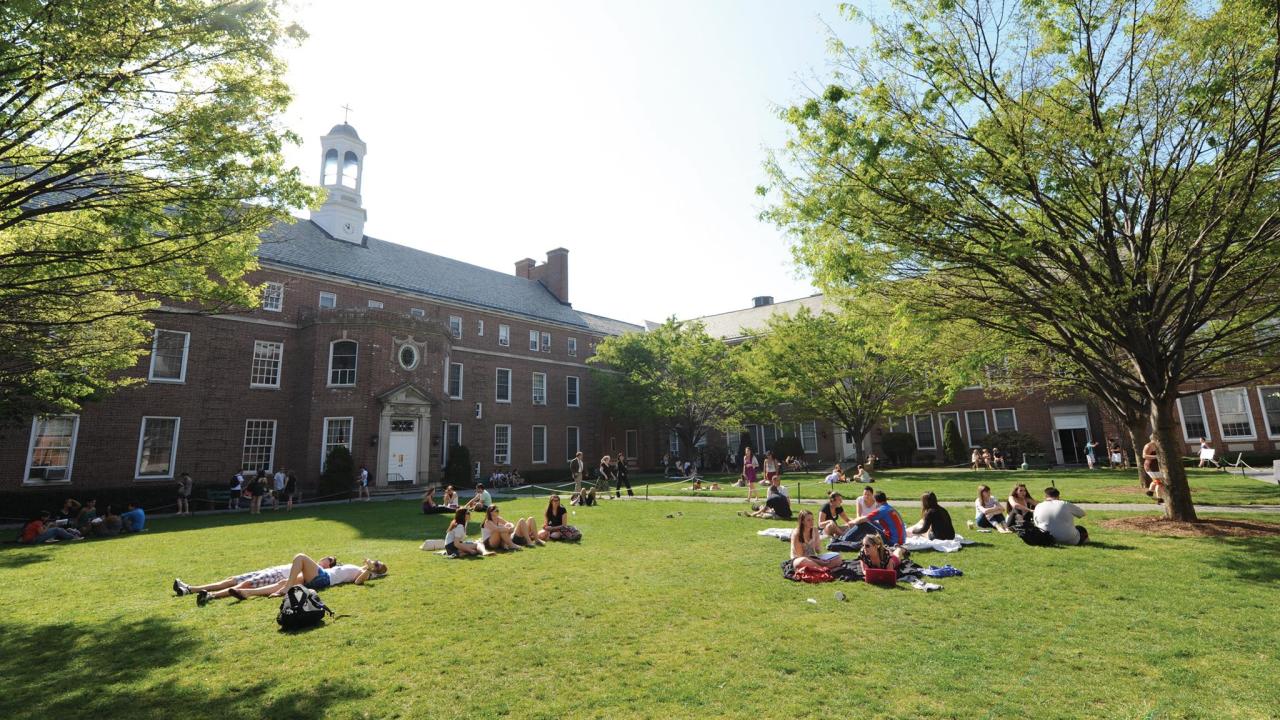 The Manhattan College campus in the Bronx is on edge amid reports of potential sexual assaults after female students woke up to a strange man watching them sleep, according to police and the school.

RIVERDALE, the Bronx — The Manhattan College campus in the Bronx is on edge amid reports of potential sexual assaults after female students woke up to a strange man watching them sleep, according to police and the school.

According to Peter McHugh, Manhattan College's Director of Media Relations, the Riverdale school's Office of Public Safety and the NYPD first received a report of a trespass incident in Overlook Manor, a Manhattan College residence hall located off the main campus, at West 238th Street and Waldo Avenue.

The college's public safety staff worked with officers from the 50th Precinct to investigate and no injuries were initially reported, the school said.

According to the college, in the early morning of Feb. 9, a female student woke up to find an unknown man in her apartment who she said sexually assaulted her.

However, police told PIX11 that the man ran off when the 20-year-old student woke up and screamed, but that the NYPD is investigating.

Additionally, the school said cops are investigating a similar report of possible sexual assault weeks earlier on Jan. 26 in the same residence hall. This incident was reported to the school's public safety office on Feb. 11.

Police confirmed they are investigating this incident in which a 21-year-old female student said she woke up to a man kneeling over her. She screamed and he ran out of her apartment. The student believes she may have been sexually abused, police said.

No arrests have been made in either incident and the NYPD is investigating if the two are connected.

Manhattan College told PIX11 that a public safety officer is stationed in the lobby of the Overlook residence hall 24 hours a day, 7 days a week.

"Our students' safety and security are our highest priority at Manhattan College," McHugh told PIX11. "Our Public Safety and Residence Life staff will continue to do everything they can to support our students and ensure their well being 24 hours a day, 7 days a week," he affirmed.