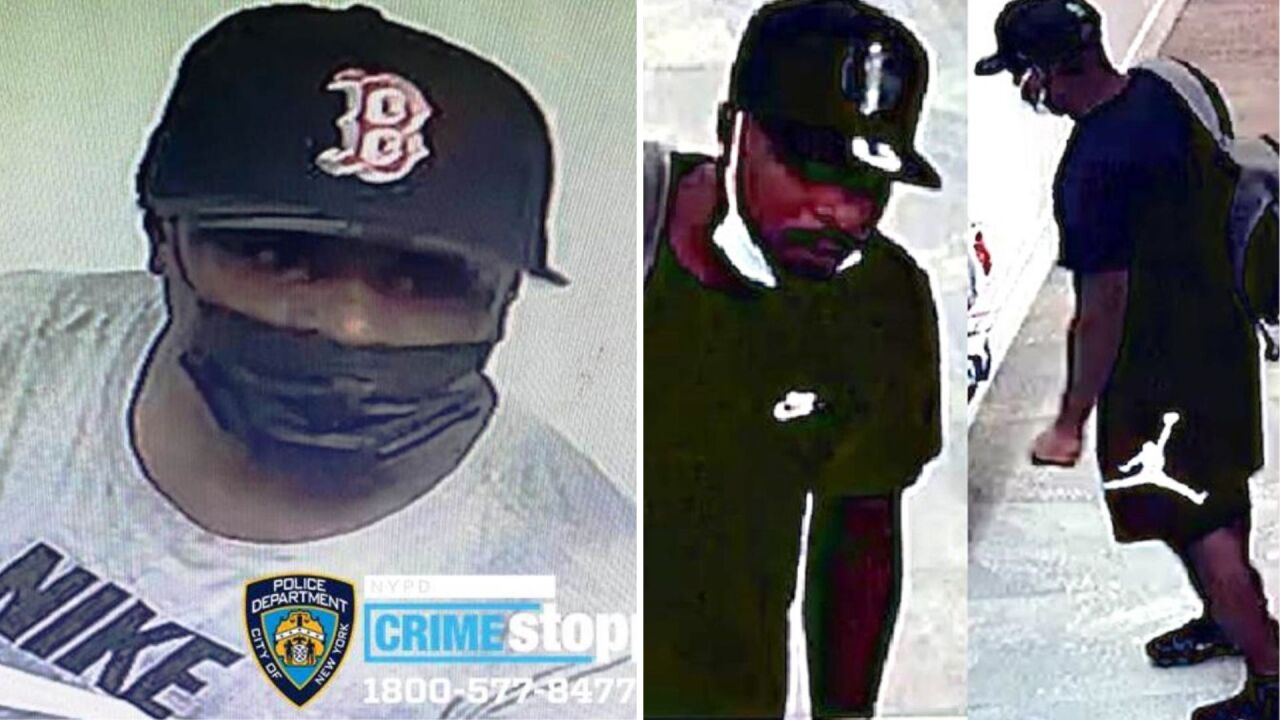 NYPD
Surveillance images of a man police believe is responsible for at least four armed robberies of cellphone stores throughout the Bronx since July 2020. 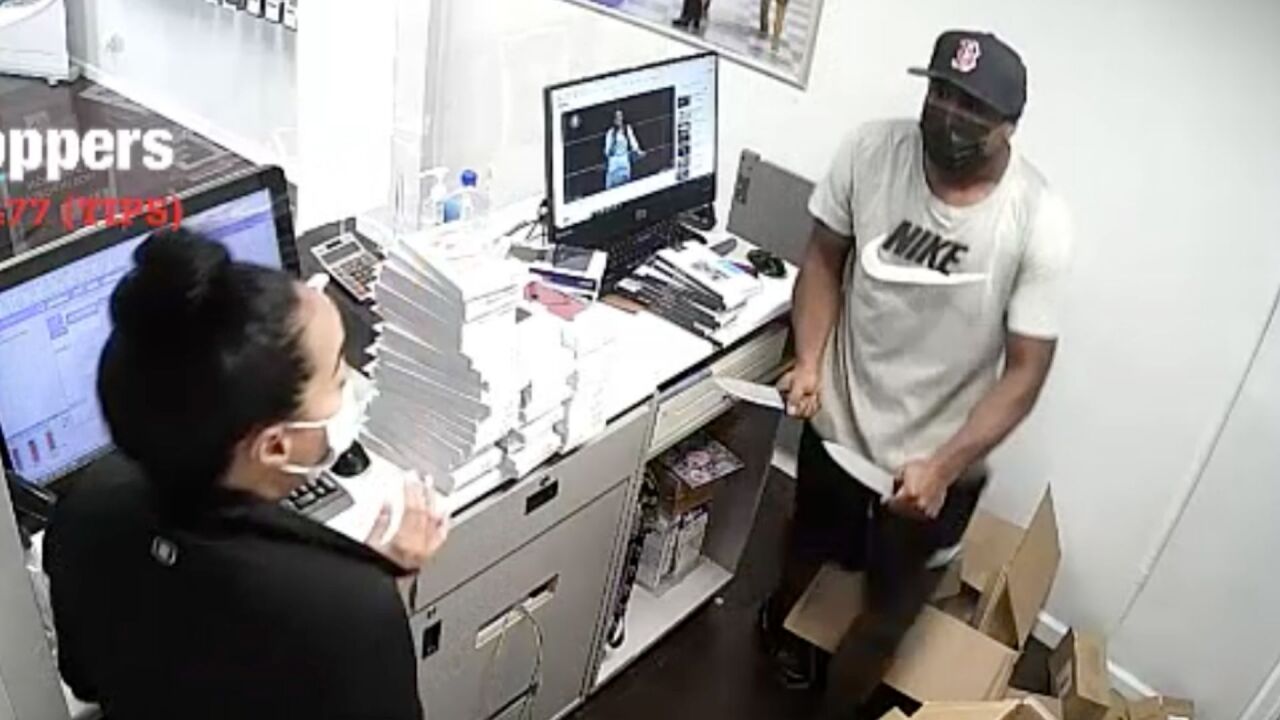 THE BRONX — The NYPD is looking for a man they believe is behind a string of armed robberies at cellphone stores throughout the Bronx in recent months.

In each robbery the unidentified man walks into the shop, takes out at least one large knife and demands money from the register, police said.

Recognize him? Police believe a man armed with large knives is behind robberies at four Bronx cellphone stores

The first incident occurred on July 23, around 5:30 p.m., when the man walked into a Boost Mobile store on East 187th Street and whipped out a knife, officials said. He made off with about $1,400 in cash from the register.

Less than three weeks later on Aug. 10, police say the same man walked into a phone store on East Tremont Avenue around 5:45 p.m. and demanded money from the register, the clerk's wallet and three cellphones, police said. He fled with the phones, about $220 in cash from the register and $200 from the clerk.

Police said he struck again on Aug. 31 at a Boost Mobile store on Southern Boulevard, pointing two blades at an employee while demanding cash. Video released by the NYPD shows the robber walk behind the service counter and remove $6,000 from the register before fleeing.

The most recent incident occurred on Friday when the thief entered a Metro PCS store on White Plains Road, again armed with two large knives, cops said. Surveillance video shows him again walking behind the counter and stealing $2,500 in cash from the register.

There were no injuries reported in any of the robberies, police said.

The NYPD has released the above surveillance images of the man and videos from the two most recent robberies.

The man is described by police as about 30 to 35 years old and last seen wearing a black Nike T-shirt, a black baseball cap, black Jordan shorts, black sneakers, gray backpack, and wearing a white surgical mask.