Man sucker punches cop in head during unrelated arrest in the Bronx: police 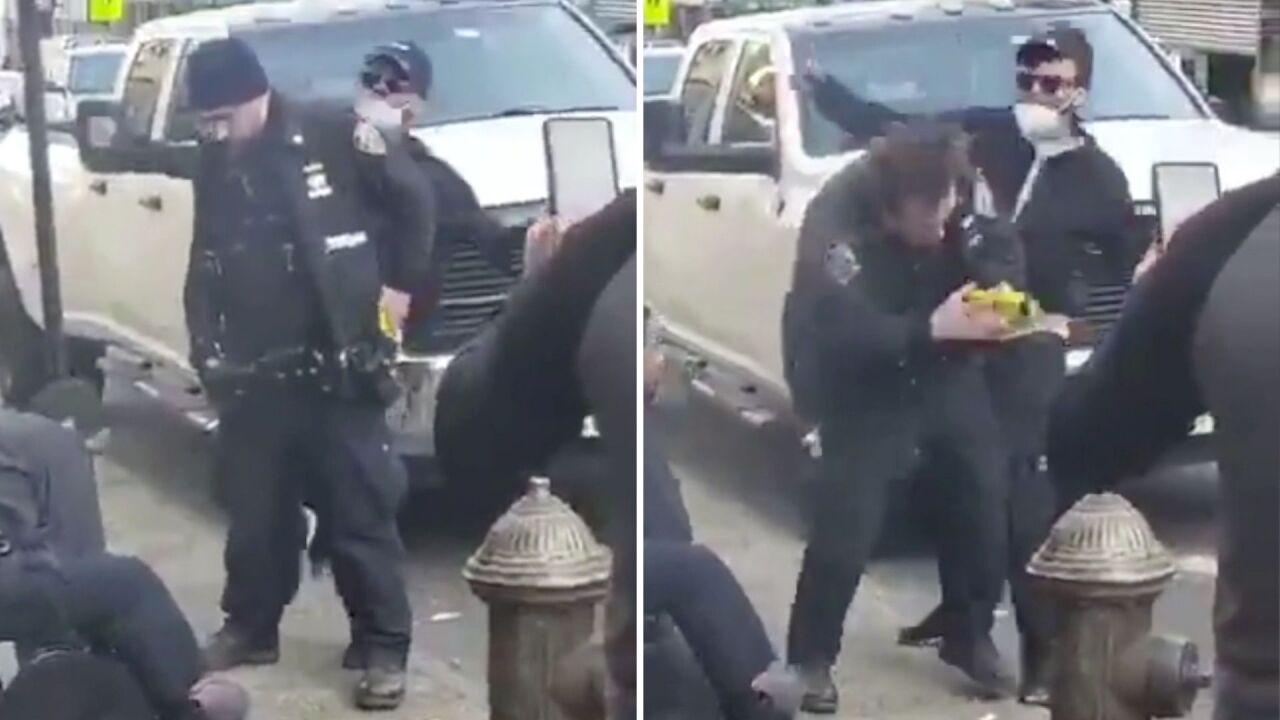 NYPD
Video from the NYPD shows a police officer punched in the head by a man during the arrest of another man in the Bronx Tuesday.

UNIVERSITY HEIGHTS, the Bronx — A man was arrested after he sucker punched a police officer from behind as the cop tried to arrest another man in the Bronx Tuesday, the NYPD said.

According to police, officers were arresting a robbery suspect around 5 p.m. near the intersection of Davidson Avenue and West 183rd Street in the University Heights section.

Out of nowhere, another man walked up and punched one of the cops in the head from behind and then fled the scene, police said.

The officers chased the man into a nearby bodega where he was apprehended and placed under arrest, according to authorities.

Police also said a woman was arrested shortly after for allegedly punching a cop.

A longer version of the video posted on Facebook appears to show that woman try to interfere with the initial robbery arrest and officers physically keeping her away.

In the video, the woman and an officer continue pushing each other back and forth until things escalate and the cop appears to punch the woman in the face before she's taken into custody.

The NYPD tweeted the shocking video, writing, "The NYPD has kept NYers safe throughout the COVID-19 pandemic with historic amounts of cops going sick. We won't tolerate this kind of disrespect."

The NYPD said charges are pending on the man and woman who attacked officers and the man initially taken into custody for the robbery.