Man stabbed in the back on Bronx street in random attack: NYPD 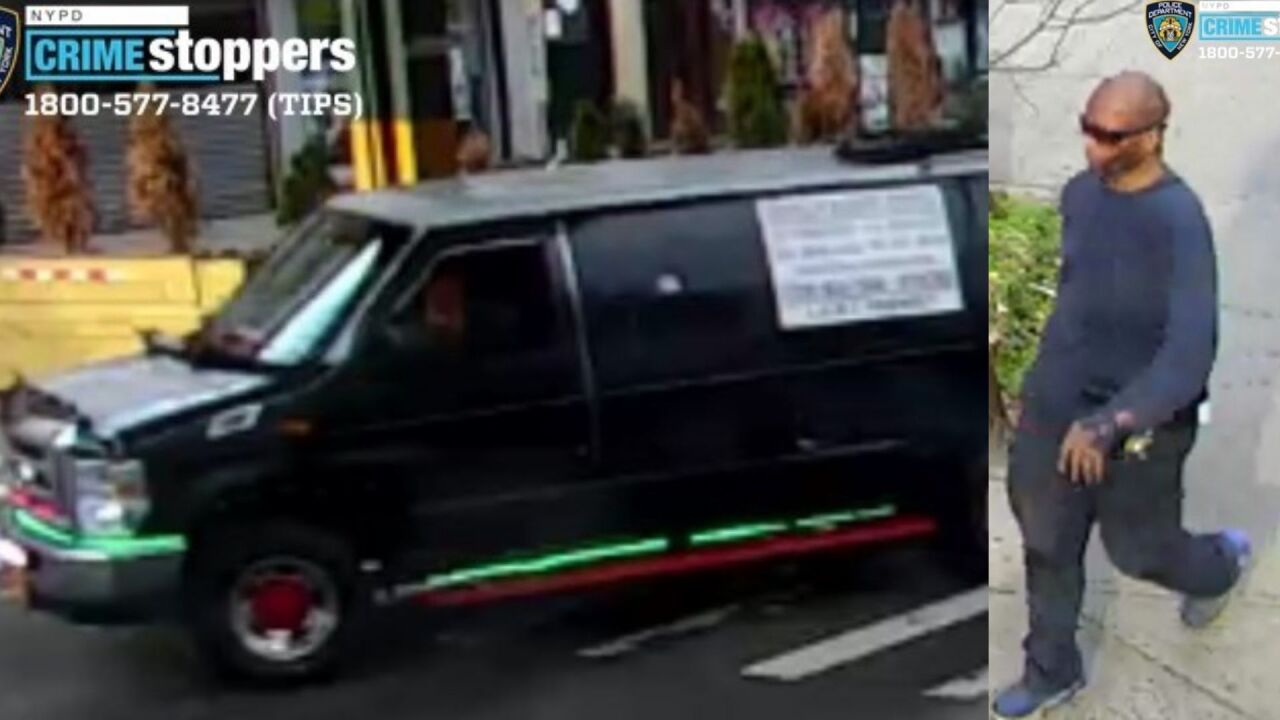 NYPD
Police are looking for this black van and this man in connection with a stabbing in Fordham, the Bronx on Jan. 8, 2020.

FORDHAM, the Bronx — Police are looking for a suspect who stabbed a man in the back during a random attack in the Bronx on Friday, according to the NYPD.

The 48-year-old victim was standing outside a Family Dollar store on Jerome Avenue in Fordham just before 3 p.m. when a man walked up behind him and stabbed him in the upper back, police said.

An NYPD spokesperson told PIX11 News the attack appears to have been random and there was no prior dispute.

The suspect ran over to a black van and drove off, according to investigators.

The victim was taken to a hospital, where he was treated and released.

The NYPD released photos of the suspect and vehicle on Saturday.

Police described the suspect as a bald man between in his 30s or 40s with a medium build. The vehicle he drove away in was a black van with white signage on the side and green and red pin-striping toward the bottom frame, according to police.