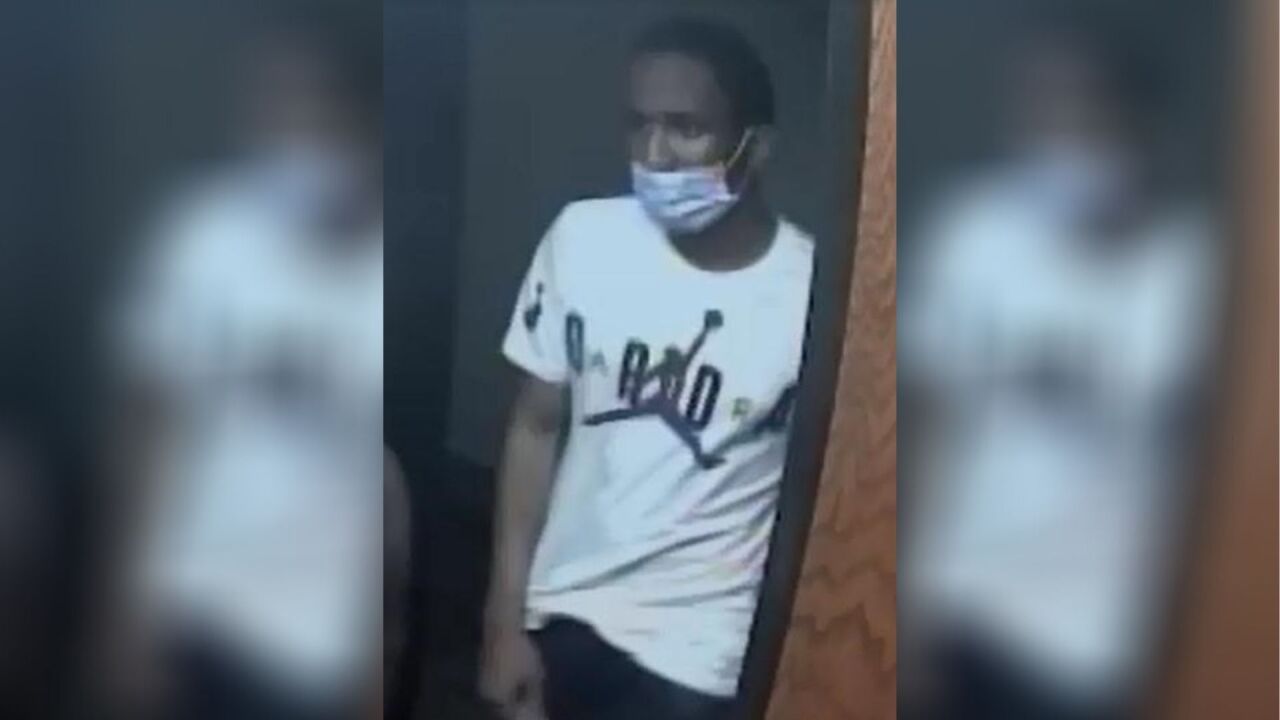 NYPD
Surveillance image of a man wanted by police in connection with the fatal stabbing of a woman in a Bronx apartment building early Sunday, July 26, 2020.

FORDHAM MANOR, the Bronx — UPDATE: Police arrested a man in connection with the fatal stabbing on Aug. 13, the NYPD said.

Original Story: Police are looking for a man in connection with the fatal stabbing of a woman in a Bronx apartment building early Sunday, according to the NYPD.

Authorities said officers responded to a 911 call just after 1:30 a.m. and discovered an unconscious woman with a stab wound to the chest in the third-floor hallway of a building on Jerome Avenue, near West 192nd Street, in the Fordham Manor section of the borough.

The 32-year-old Bronx woman was rushed to a local hospital where she was pronounced dead around 2:20 a.m., police said.

The victim has been identified as Tiffany Harris by multiple people within her community, including Mariah Lopez, executive director of STARR (Strategic Trans Alliance for Radical Reform), a transgender rights advocacy group.

Police sources said the victim was a transgender woman, but that the homicide is not currently believed to have been a hate crime.

According to police sources, the man being sought for questioning in connection with Harris' killing is believed to have had a relationship with her.

Cops said he was last seen wearing a white T-shirt and dark pants. He can be seen in the above surveillance image.

According to a report from the Human Rights Campaign, at least 49% of transgender and gender non-conforming people killed as a result of violence in 2019 were killed by an acquaintance, friend, family member or intimate partner.

The same report noted that while many fatal crimes involving transgender and gender non-conforming people may indeed be hate crimes, few are actually pursued as such by the criminal justice system.

The report said that of the 157 cases of fatal anti-trans violence tracked since 2013, only nine could be confirmed to have been investigated as hate crimes, or just 6%. Advocates suspect many more were motivated by hate or bias.

Editor's note: The victim's identity has been updated to reflect how she self-identified, according to those in her community. Police originally released the victim's legal name.