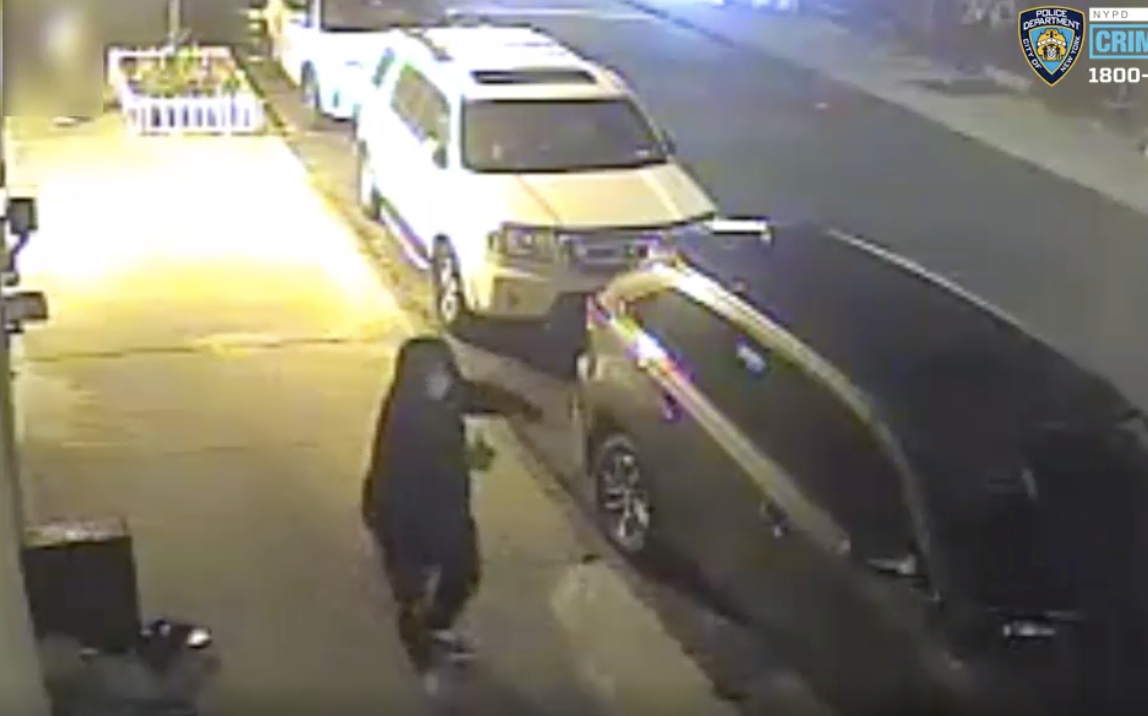 THE BRONX — A man is wanted in connection with the fatal shooting of a Bronx woman Saturday morning, police said.

Authorities responded to the scene at East 152nd Street at around 5:21 a.m. Saturday. Upon arrival, officers found a 25-year-old woman unconscious and unresponsive with a gunshot wound to her head. The victim, later identified as Priscilla Vasquez, was pronounced dead on the scene.

Police say there have been no arrests and the investigation remains ongoing. They have released video of a person wanted in connection to the shooting, which you can see above. The individual is described as a male, last seen wearing all dark clothing.

Anyone with information in regard to this incident is asked to call the NYPD's Crime Stoppers Hotline at 1-800-577-TIPS (8477) or for Spanish, 1-888-57-PISTA (74782). The public can also submit their tips by logging onto the CrimeStoppers website at WWW.NYPDCRIMESTOPPERS.COM [nypdcrimestoppers.com], on Twitter @NYPDTips or by texting their tips to 274637 (CRIMES) then enter TIP577. All calls are strictly confidential.