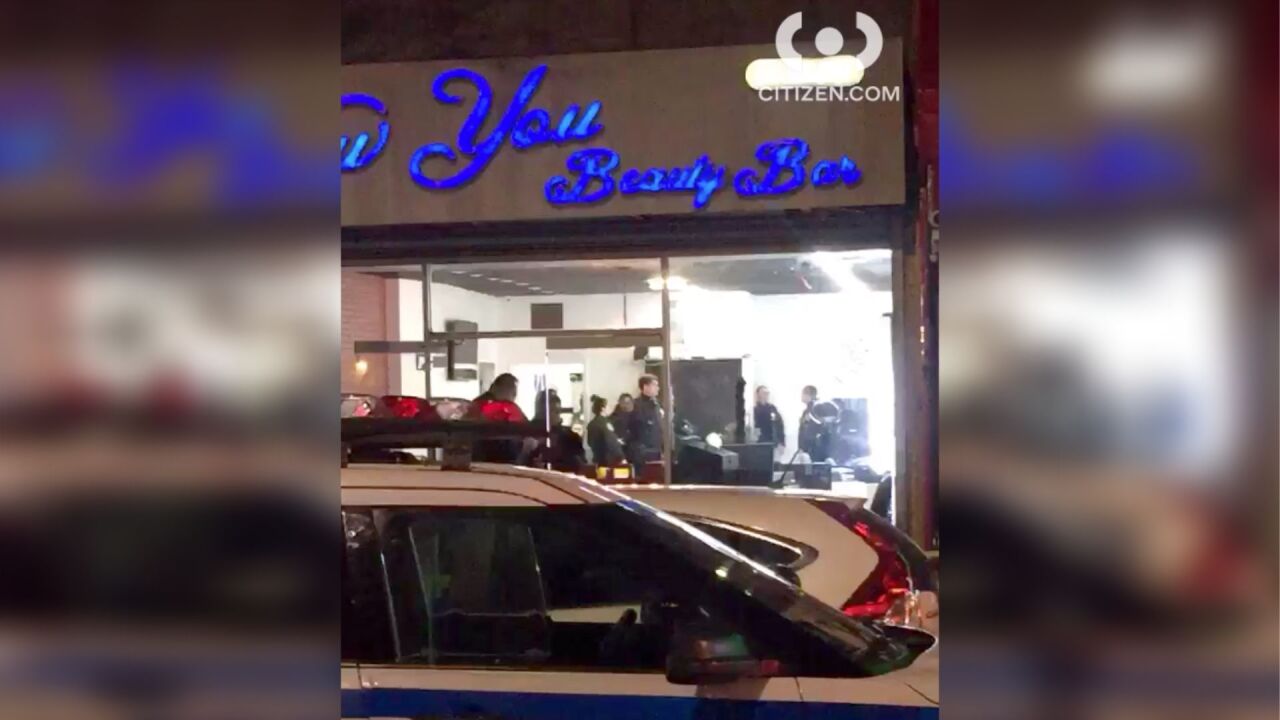 Citizen App
Scene of an attempted murder-suicide in a Bronx salon on March 15, 2020, according to police.

FORDHAM HEIGHTS, the Bronx — A man and woman remain hospitalized Monday morning after the man walked into a Bronx salon Sunday and shot the woman before shooting himself in what police are calling an attempted murder-suicide.

Police said the 20-year-old man walked into New You Beauty Bar on Grand Concourse, at East 183rd Street, in the Fordham Heights section of the Bronx Sunday night and shot the 19-year-old woman in the back.

The man then turned the gun on himself, shooting himself in the head, authorities said.

The gunman was rushed to a nearby hospital in critical condition. Police said the woman's injuries are luckily not considered life-threatening.

Police could not say whether the pair were romantically involved but did confirm they knew each other.