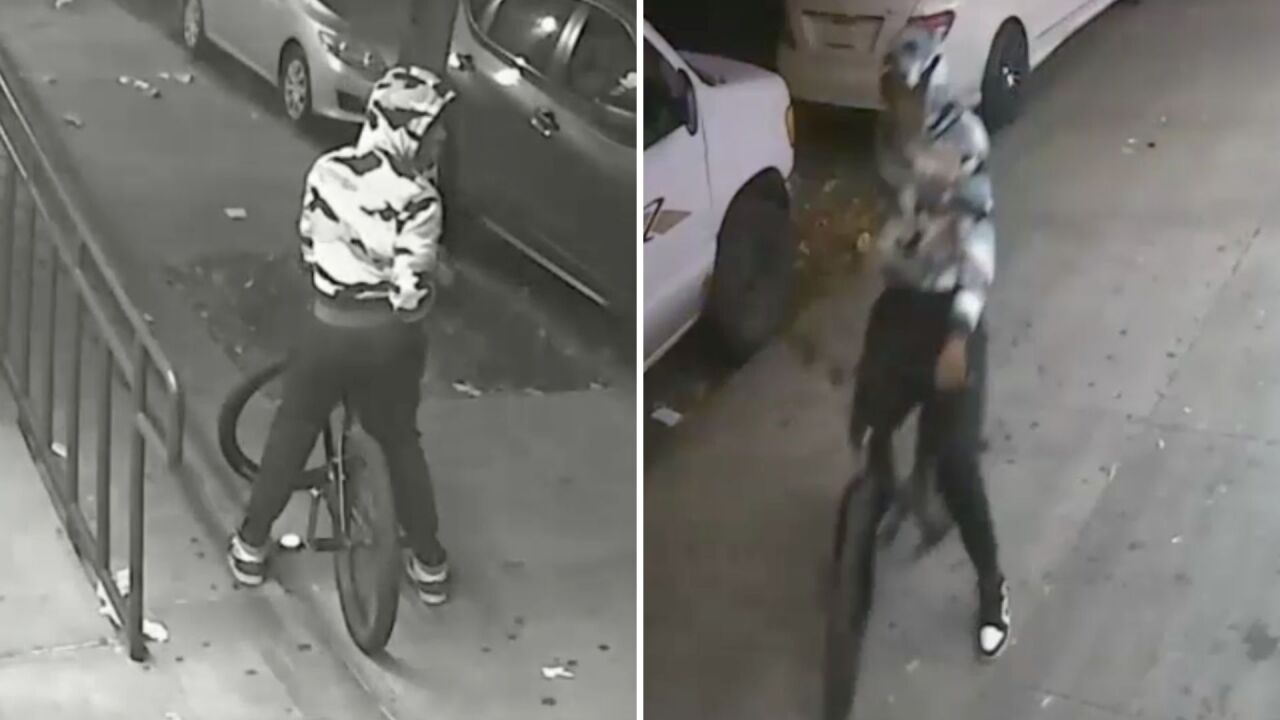 NYPD
Surveillance images of a man police are looking for after he allegedly robbed and groped a woman at gunpoint on Crotona Park East in the Bronx on Nov. 7, 2020, the NYPD said.

CROTONA PARK EAST, the Bronx — The NYPD is looking for a man they say robbed and groped a woman at gunpoint on a Bronx street in early November.

According to police, the woman was walking on Crotona Park East, near East 173rd Street, back on Nov. 7 around 2:20 a.m. when the unidentified attacker approached her.

He took out a black gun and threatened the 47-year-old woman before forcibly taking her purse and then grabbing her breast, authorities said.

The man fled east on East 173rd Street, according to police.

The victim sustained no injuries and refused medical attention at the scene.

Police described who they're looking for as an adult male, about 17 to 25 years old, standing about 5 feet, 11 inches tall and weighing around 170 lbs. He was last seen wearing a camouflage sweatshirt, black pants and dark-colored sneakers.

The NYPD released the above surveillance images of the man they're looking for.